Biden Berates Coast Guard Graduates For Not Clapping During His Speech 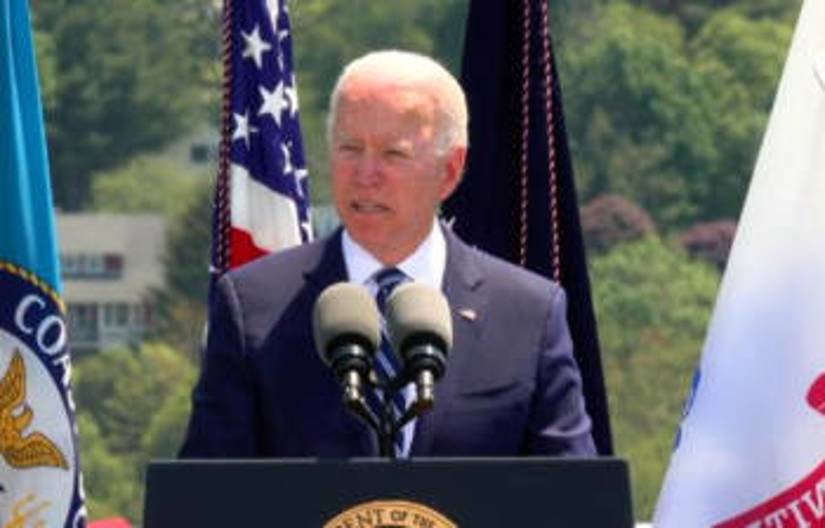 Joe Biden is proving that for him, one of the hardest parts of his presidency is speaking. Although he is used to the media and reporters basking in his presence, recently he drew nothing but silence when he gave a graduation speech to a class of U.S. Coast Guard graduates. And to make it worse, Biden’s response wasn't just priceless but downright disrespectful.

On Wednesday, Biden gave his first commencement speech to a graduating class in New London, Connecticut. Already written, Biden had the simple task of just reading the gigantic teleprompter and making sure not to stumble while walking. And for the first few minutes - it worked.

Biden even tried to garner some applause when he said, "I can only assume that you will enjoy educating your family about how the Coast Guard is, quote, the hard nucleus around the Navy formed in times of war." The only problem - not a single person seemed to get the memo that Biden constantly needs confirmation as they sat silent.

Taking offense to the silence, Biden went off script and verbally attacked the same people who put their lives on the line day after day. He said, "You're a really dull class. I mean, come on, man! Is the sun gettin' to ya? I would think you'd have an opportunity when I say that about the Navy to clap."

Not trying to make the situation even more awkward, a few graduates applauded Biden while others laughed. It should be noted that the silence may be due to the fact that Biden stole the “nucleus” quote from former Vice President Dick Cheney, who used the same words in a 2008 Coast Guard commencement speech.

It didn’t stop there either as President Biden wasn’t finished stealing other people’s words. He went on to praise communist Chinese dictator Mao Zedong and the large number of women in leading military positions. He said, "There's a saying we use in a different context, it's a Chinese saying, it says, 'Women hold up half the world.' It's an absolutely stupid position not to make sure they represent at least half of what we do."

Sadly, this isn’t the first time Biden has gone off on a tirade. A recent story published by the New York Times revealed over two dozen current and former associates of Biden accused him of profanity-laced outbursts. It appears that while Democrats present Biden as harmless and a great leader, his actions are proving just how inexperienced and unprepared he really is.