Biden Diverts Healthcare Funds To Help Illegals At The Border 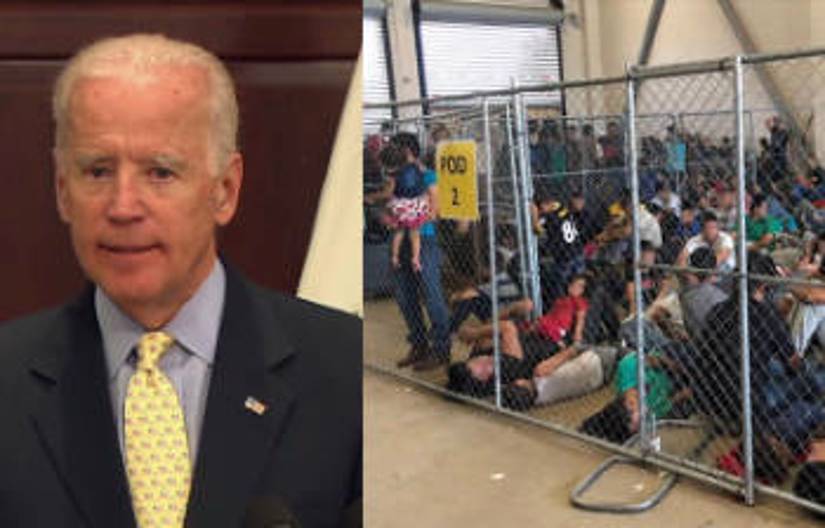 Although Kamala Harris was put in charge of the “situation” at the Southern border, she has done absolutely nothing to help with the influx of illegal immigrants other than making a few phone calls. Without even a press conference on the matter, it appears Joe Biden is scrambling to fix his mistake as a recent report revealed he diverted $2 billion from healthcare programs to help reunite children with their illegal migrant families.

Still unable to admit that there is a crisis at the border, Biden is secretly trying to make the so-called problem disappear by making the American people pay for it. Rather than admit his wrong-doing and continue construction on President Trump’s wall, Biden believes that stripping funds away from lower-income families to help reunite immigrants will boost his approval ratings.

While the Democrats have no problem printing new money, Biden's newest move as President saw $850 million redirected from the Strategic National Stockpile to fuel his plan to fix the border. The stockpile is an emergency medical reserve set aside to help in case of emergency like the COVID-19 pandemic.

But that’s not all. Even though Biden spreads fear about the dangers of not following the COVID-19 mandates, he did authorize another $850 million to be diverted that was intended to expand COVID-19 testing and research. Instead, that money will now be used to hide one of Biden’s biggest blunders as President.

And according to a leaked report by the New York Times, Biden’s new project will exceed over $9 billion by October. Not to mention, all the funds being transferred were initially slated to be used for low-income families in diverse neighborhoods impacted by COVID-19. But instead of helping families with rising housing costs, job losses, and homelessness, Biden sees the money better spent on his likeability as President.

Biden’s most recent attempts at fixing the border without specifically addressing the issue comes after a poll revealed dismal numbers for his Presidency. When it came to his handling of the border and immigration, only 43% said he was doing a good job according to the AP-NORC survey.

With Biden and the rest of the Democrats turning a blind eye to a rising national crisis, Senator Lindsey Graham (R-SC) said it best when he stood along 17 other Republican senators and said, “We’re complicit as a nation in human trafficking.”