Border crisis! It's worse than you think... 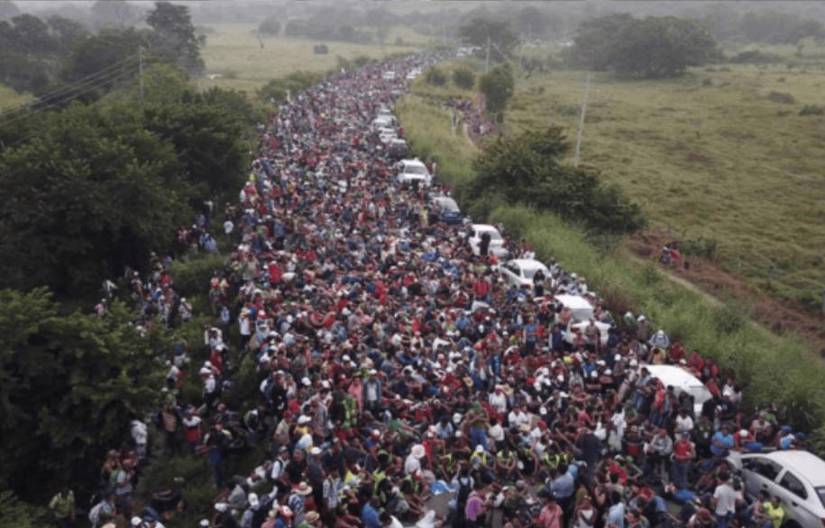 Although Jen Psaki and the rest of this administration STILL won’t recognize that we have a full blown crisis at our southern border, the facts will say otherwise.....and we all know how much liberals hate facts. Perhaps the reason this administration won’t call it a “crisis” is because they are realizing it's a direct result of their irresponsible policies. Sure, they are getting what they want in the long run, which is hundreds of thousands of new voters, who's ballots they can harvest to guarantee they never lose another election. They just didn't understand it would be a total land rush. What did they think was going to happen? The Democrats have always been extremely myopic with their policies. They never think anything through. This is just another prime example.

Biden is talking about giving amnesty to over 11 million people, he stopped deportations, signed an executive order to stop construction on Trump’s border wall, invoked “catch and release”, and isn’t making them wait in Mexico while they’re being processed. One core point rarely mentioned is that a lot of these migrants shouldn’t even be seeking asylum in the United States. Asylum is to be sought in the first sovereign country they reach. That’s Mexico! Why aren't we telling Mexico to take them?

Almost 7% of the people coming across our southern border are Covid positive. How fast do you think that number will spike while they're staying in facilities that are at 700% capacity? Also, almost none of them are following the Democrat's policies of wearing masks or social distancing. Apparently those rules only apply to U.S. Citizens.

In two months the U.S. Customs and Border Protection arrested 4 people who are on terror watch lists. If we’re only catching two a month, how many are getting through? DHS confirmed that hundreds of these people in caravans have had “serious criminal convictions”. Are these the people we want coming into our communities? We certainly don’t.