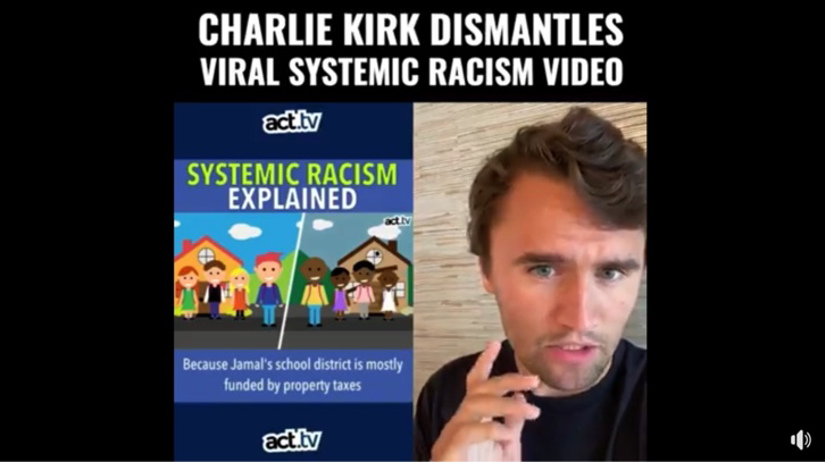 With the recent riots taking center stage and causing destruction in cities throughout our country, a lot of lip service has been played regarding the concept of 'systemic racism'.

Since the tragic death of George Floyd, the conversation has been dominated by people crying out about 'Systemic Racism!' Last I heard, systemic racism is actually illegal in the US, but I digress.

There is absolutely zero proof that race had anything to do with George Floyd's death, it is merely a situation where an officer's excessive actions killed the man and this officer has a good chance of going to prison for decades. Regardless, this is has not stopped the hyperbole from the Left about this unproven idea of systemic racism. Basically saying police are biased against African Americans and that if Floyd were white, he would not have died.

While this is completely unproven nonsense, the Left does not care.  Their propaganda machine is in full swing. A website called act.tv, recently released a video called 'Systemic Racism Explained' that has gone viral recently.

I had never heard about this organization, so I sent to their website to find out more about them. Their site says they a project of Democrats.com, the oldest and largest independent online community of Democratic Party and progressive activists.

As of a few days ago their About page said they are 'an online video network to help progressive activists #ResistTrump and fight for a political revolution. We specialize in the rapidly growing world of Facebook video.' As of this morning, that information is gone!

Their recent video 'explaining' systemic racism is filled with hyperbole at best, misrepresented facts for sure. Needless to say, the video has gone viral and is done in such a way that it looks like they are trying to appeal to young people. Conservatives need to combat this  propaganda video filled with misinformation on all fronts.

In a recent viral video by Charlie Kirk is excellent. He dismantles the viral systemic Racism video piece by piece. This should be shared: