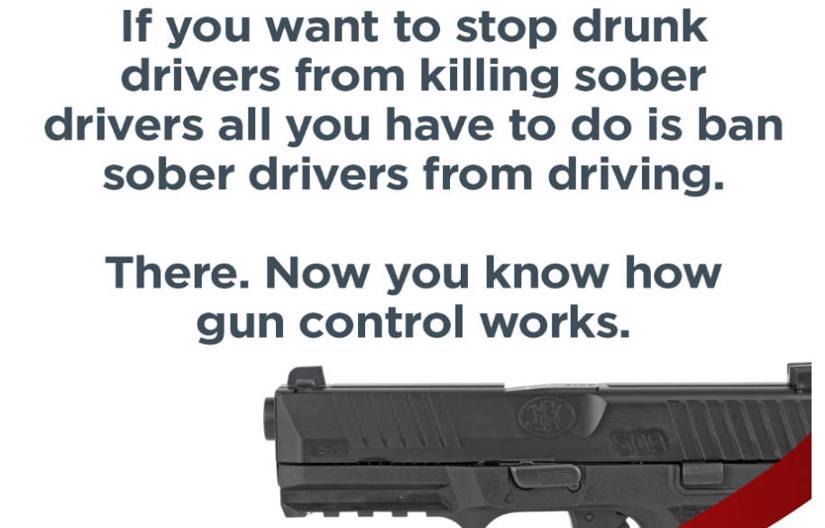 If we use senseless logic to try and fix problems, then we create much bigger problems.

Let’s consider the rise in mass shootings lately. Immediately, they have the media and liberal members of congress salivating at the opportunity to pedal their ongoing gun control rhetoric. This is so predictable. I believe it was Hillary Clinton who said, “never let a crisis go to waste” and like clockwork, here it comes. So this makes us wonder if they're reacting to a crisis, or creating a crisis just to take advantage of it.

Anyone who thinks that stricter gun laws will stop crazy people from being crazy, or stop criminals from committing crimes, should have their heads examined. Chicago has some of the strictest gun laws of any city in the U.S., and they’re averaging over a murder a day this year. Boulder Colorado, where a major recent tragedy just took place, has very strict gun laws. That includes red flag laws, universal background checks, and high capacity magazine bans. This also occurred in a “gun free zone”. How could it have happened if the state legislature passed a law and deemed this area to be “gun free”?? Oh, wait, are you trying to tell me that this crazy person with a criminal record, DIDN’T follow the law? Shocking.

Intelligent people understand that gun laws only take guns out of law abiding citizens hands. If they want to pass a gun law that will actually save people’s lives, they should pass a Mandatory Carry Law. If everyone was properly trained and carried a gun when they're in public, how many shots would this lunatic have gotten off before a good guy with a gun put him down? I’d imagine that you’re going to think twice about trying to rob a convenient store, if you knew everybody else in there was packing.

Again, this is the big difference between Us and the Left. We have and use logic and common sense, the Left doesn’t care about either. They just want to destroy America.