In tearing up the SOTU speech, Pelosi disrespected the very core of America 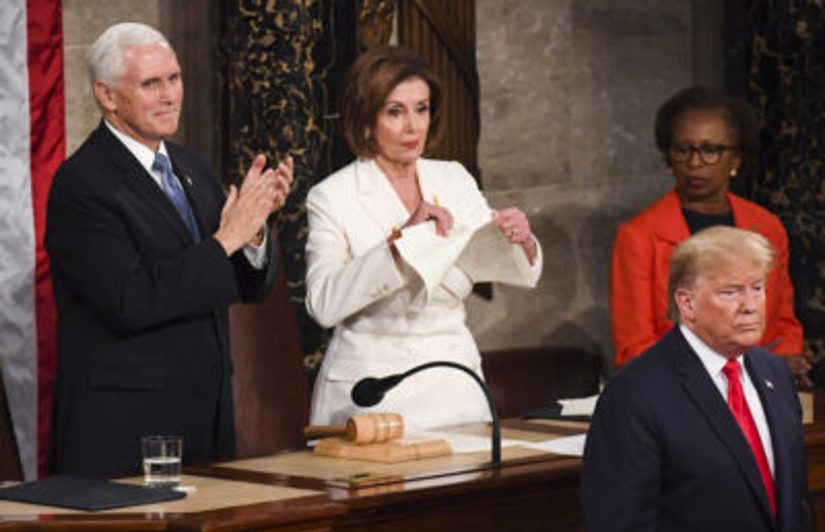 By now I'm, sure you have heard about Speaker Nancy Pelosi tearing up her copy of President Trump's State of the Union Address in a defiant way behind President Trump's back.  Not only was this a major breach in decorum, but it was a slap in the face in the very idea of America.

I have never seen such disrespect to a sitting President by a Speaker of the House. NEVER!

'Tip' O'neal, Newt Gingrich and Paul Ryan all had opposing President's, but still treated the State of the Union with respect.

I am sure Pelosi felt that she was slighting the 'evil orange' man, because he supposedly ignored her trying to shake her hand. When you watch the video, you can plainly see that he handed the copies of the speech to Pelosi and Pence, then turned around. He didn't even shake Pence's hand.

In her feeble attempt to 'one-up' the President, she was actually tearing at the heart of everything the President was celebrating in his State of the Union address last night and the fabric of America itself.

In the address there were ideas like a soaring economy, the lowest black unemployment in generations, young inner city youth's getting the chance to go better schools. It had the story of the soldier who gave his life for our country and the man who was addicted to drugs but turned his life around and is now living the American dream.

It was bad enough that the Democrats refused to stand up and clap for most of the successes the President talked about, but for their leader to tear up the speech which represented so many American accomplishments was beyond pathetic. In fact, it was childish.

This goes way beyond President Trump. Pelosi has every right to disagree with him, but this cuts deep into the very idea of the Presidency. The office of the President personifies our Republic by being the leader of our nation for a finite time and then peacefully turning over the reins of power to the next person the people choose.

Of course, the Democrat rank and file will do nothing to their 'illustrious' leader for the disrespect she showed the American people. That, in and of itself, should be very telling about the 'ideals' the Democrats hold in their hearts.