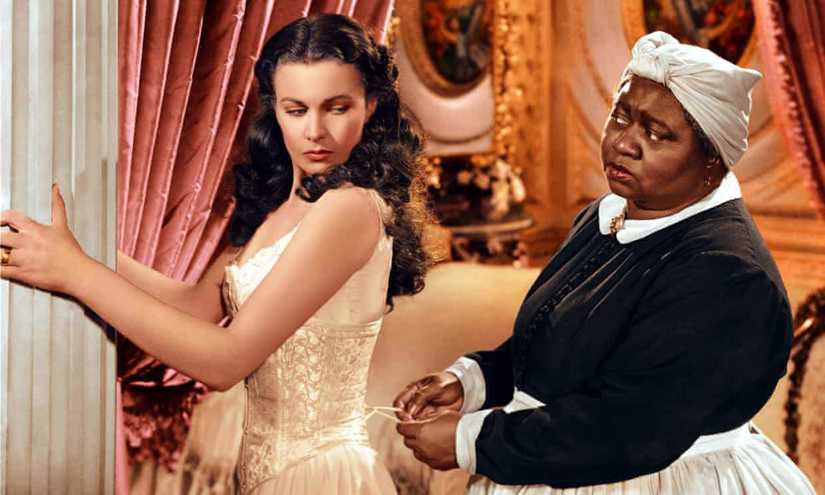 In another pandering move, just hours after the reality TV show COPS was cancelled by the Paramount Network, HBO max drops the highest grossing film of all time,  ‘Gone with the Wind’ from it’s platform.

Apparently the network is caving to pressures in the wake of nationwide protests that have engulfed major cities throughout the country. I suppose this is their way of “curing racism”. A hollow gesture to be certain, but it will definitely accomplish nothing.

I suppose this is their way of curing ‘racial injustice.’ A hollow gesture to be certain, but it will definitely accomplish nothing.

The American classic won eight Academy Awards, including best picture. The 1939 film had drawn criticism from the Left for many years because most of the four hour film was set on the O’Hara plantation and in Atlanta around the Civil War. The critics have said that the film painted a ‘rosy’ picture of the horrors of slavery.

The sad part about this is not because it made history by being so successful, but because it was historical because it led to the first academy award for an African American woman. Actress Hattie McDaniel become the first African-American to win an Academy Award for her role as Mammy in the film.

This was significant because the United States was not a very racially tolerant society at the time. For McDaniel to win an Oscar was both historical and a huge leap forward in race relations.

In my opinion,  this is a major slap in the face to Hattie McDaniel and her legacy of transcending the racism of her time.

We need to look beyond the movie, after all it is a work of fiction. I have seen the movie and I’m not particularly fond of it because I found it long and boring, and in my opinion it had a very unrealistic view of the Civil War times.

That being said I am smart enough to recognize it’s historical context. The movie was made in the 1930s, thus reflected the society of their time. No educated person would think that a movie made in 1930s America would reflect racial tolerance and realities.

No educated person would think that a movie made in 1930s America would reflect racial tolerance and realities.

The gesture of these entertainment companies removing Movies and TV shows that have gained their place in history is hollow at best. Pardon the expression, but this white washing is ironic because it is exactly like the book burning committed by the Nazis during the same era that the movie was made.

Sure, we have some horrible scars in our history, but we have overcome many of them. Name one country that allows you the freedom and the ability we all have access to.

Do you think any movie could truly depict the real horrors of slavery? Because it’s purpose was entertainment, the makers of the movie could not do that. Besides, the scars of slavery were still fresh at that time.

The left needs to stop trying to apply today’s standards to the past, it just doesn’t work.

We have seen this time and again through banning books like Tom Sawyer, Another product of its times. Instead of trying to continuously change the past, perhaps they should try looking forward to the future and making it better for all of us.

Instead of trying to continuously change the past, which you cannot do, perhaps the Left should try looking forward to the future and making it better for all of us.

If you have old movies and old books that you are fond of, I suggest you acquire them on some other media, because streaming is going to be sanitized. The spokesperson for HBO Max did indicate the movie will eventually return, but it will include a dialogue about the historical context.

Here are a few tweets that have been going around Twitter:

Hattie McDaniel won for her exceptional performance in "Gone with the Wind," the highest-grossing film of all-time when adjusted for inflation.

HBO Max just removed Gone With the Wind from its platform citing concerns about racial injustice.

Here is the video of Hattie McDaniel becoming the first African-American to win an Academy Award for her role as Mammy in the film. pic.twitter.com/l0vh8pdpex