No, Obama was not responsible for Trump's booming economy 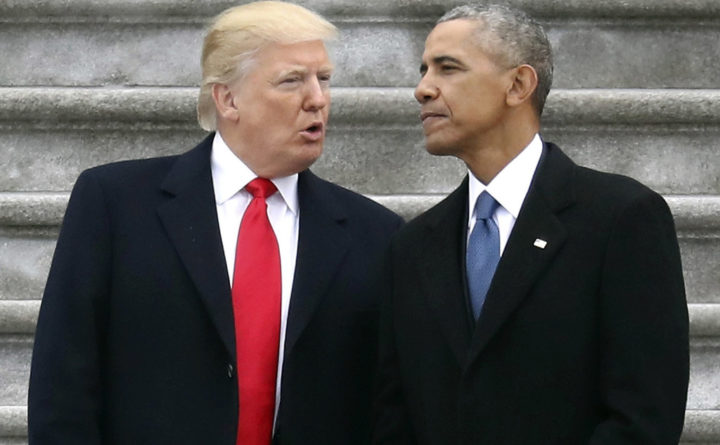 As our booming economy has come to a screeching halt due to the Chinese Covid-19 Virus, I cannot help but notice that former President Obama is suddenly silent on the economy. As most of you know, Obama has been trying to take credit for the booming economy ever since President Trump came into office.

We all know that by design, Obama kept us at an anemic growth pattern throughout his entire presidency, just to suddenly give the next President a booming economy to celebrate.  Not! Nothing could be further from the truth. Even President Obama himself did not believe we could do better than slow growth. He even called his slow growth 'the new normal.'

The only person responsible for Trump's economy is President Trump himself. It's true that historically, when a new president takes office they have yet to do anything. This leaves the economic inertia of the former President to continue well into the first year of the new President's term. This also proves true for bad economies.

Of course, we all know that President Bush along with the Democrat controlled Congress left a complete mess for President Obama to have to deal with. This took months to even see a minor growth pattern. Obama and the Democrats, with full government power, started piling on regulation after regulation, tax increases and took control of 1/6th of the economy with Obamacare.

This left business to have to adapt to these stifling, anti business regulations. There was no incentive to excel in their respective industries.  Sure, as time went on, unemployment was fairly low and there was some steady growth, but it was slow and grueling. Yes, some companies did well, but it was very few.

Then enter Trump onto the scene, the famous New York Billionaire playboy. Surely a man with absolutely zero political experience would never see the light of day. How could someone so brutally honest little and with so little political experience compete against experienced politicians? Well, he did and he won the Republican nomination. Then he stunned the world and beat the woman who was destined to be President.

Here's where everything changed and Obama had nothing to do with it.

Trump was the new normal and it effected everything. With Trump's loud and passionate 'America First' message, the economy started to show growth signs, not because of Obama, but because President Trump was extremely pro business.  This gave a huge psychological boom to the business community. Never before had such a pro-business, non-politican ever won the presidency. Business immediately planned on producing and growing. All this and Trump had not even taken the oath of office.

Remember what I said about the first year typically belonging to the predecessor? Well, Trump made everything different.

One major mistake that Obama made, because of the new Republican Congress later in his first term, Obama did almost all his major regulations through executive order. Shortly after President Trump took office, one of the first things he did was eliminate most of Obama's economy stifling regulations. This quickly jump started the economy causing it to move upward at record numbers.

Soon after, through Trump's leadership, Congress passed and President signed into law, the largest tax cut package since Reagan. America was back! Companies were hiring at record numbers. Unemployment was at record lows, for minorities, women, men, EVERYONE!

In a desperate effort to remain relevant, Obama worked hard to take the credit. But then, Covid-19 happened, shutting down 2/3 of the world and putting the brakes on our booming economy. Obama finally shut up about the economy. Even more proof, Obama had nothing to do with the boom. Covid-19 sent the economy into chaos and almost completely shut us down.

Reality is, this was entirely Trump's economy, even now. and we need Trump, now more than ever, to get us moving again.  Nobody else is capable of getting us through this unprecedented time.

Of course the Democrats are saying that President Trump is so eager to jumpstart the economy just because he wants to be reelected.   Well, I would rather support the candidate who counts on our success rather than the one who counts on our failure.