No, President Trump did NOT say George Floyd would be proud of the good jobs numbers 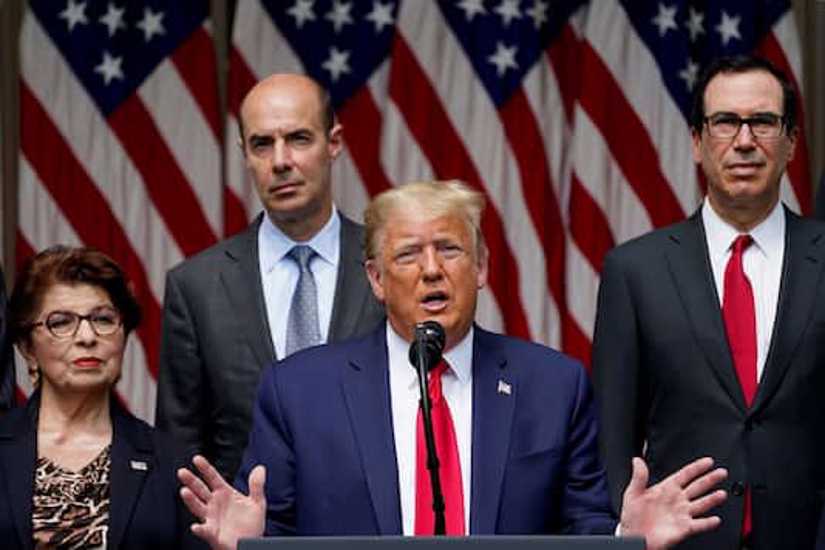 The Left has become completely unhinged. NO, this is hardly breaking news. Last week, President Trump was giving a speech about the latest jobs numbers. He was touting the decline in unemployment and the surge of new jobs in May. This was news because it was the largest monthly jobs gain in US history. On top of that, it shattered the predictions of 'economic experts' who were predicting 20% unemployment. It was definitely something to celebrate. The reason this took center stage, other that the fact that it was something Trump said, was that President Trump invoked the name of George Floyd. He said, 'Hopefully George is looking down and saying this is a great thing that's happening for our country.' The media went crazy. After all, how dare he invoke the name of Floyd. Doesn't he realize the nation is hurting? But I digress. CNN, in an article titled, "Trump invokes George Floyd's name while taking economic victory lap" , the reporter completely ignored the entire context and implied Trump was saying Floyd was happy about the good economic numbers. Nothing could be further from the truth. Context matters! Here is the excerpt CNN chose to use in their 'unbiased' reporting,

'We all saw what happened last week. We can't let that happen. Hopefully George is looking down and saying this is a great thing that's happening for our country. (It's) a great day for him. It's a great day for everybody,'

And it's not just CNN who is unhinged, the entire Left-wing media got the memo.  Here are just a few of the deceptive headlines:

'This Is a Great Day for Him.' Trump Invokes George Floyd's Name in Praise of U.S. Jobs Report - Time

'Revolting': Trump condemned for saying George Floyd is praising US economy - The Guardian

What's missing here? Well, the entire context of what President Trump was saying and why he was saying it. Here is the entire part of Trump's speech, where clearly his point about Floyd had NOTHING to do with economics, he was talking about Minneapolis needing a strong show of force when he said,

Makes a big difference when you see it in context, hey? The reality is that the dominant Left has run out of ideas. Because they have quite literally failed at every attempt to 'get Trump', they are beyond unhinged. This is nothing new, because the Left is the only side that goes out of their way to control what people say and how they say it. President Trump has every right to use a tragic situation to find a silver lining. I didn't hear any of these people on the Left complain when President Obama said that if he had a son, he would want him to be like Travon Marten.  Spare me the righteous indignation, this isn't Communist China. Americans have freedom of speech, even for our leaders. EVERY President has done it. Whether you like what they say or not, they can say it. And frankly, there is not a thing the Left can do about it. Therein lies the problem. There is an old saying, 'To control what people think, begin with Controlling what they say.' This is the ultimate goal of the Left. If you think this is hyperbole, you are greatly mistaken.  Just pay attention.