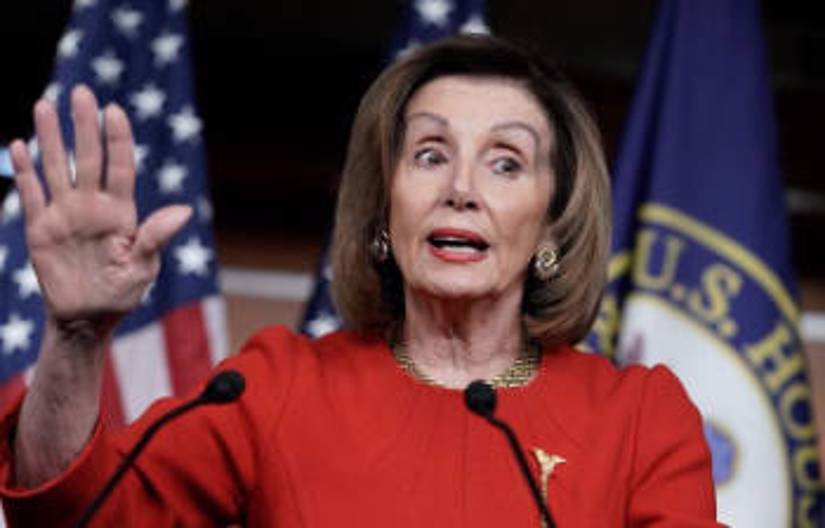 While Republicans continue to use logical science when battling COVID-19, the Democrats have opted to rely on their own wits. Most recently, the CDC released a new set of guidelines allowing vaccinated citizens to finally shed those hideous masks. But while the CDC is made up of leading experts and scientists, House Speaker Nancy Pelosi believes she knows better as she continues to force members of Congress to follow the mask mandate.

Showing just how ludicrous and power-mad Pelosi is, she is not only forcing people to wear masks, but she also fined six House Republicans who decided to go maskless in the chamber. Under Pelosi’s rule, the House members must wear a mask or face covering unless they are speaking during debates. If any member fails to follow the outlandish rules, they are subject to a $500 fine for the first offense. If the person continues to defy the order, they will be fined another $2500 for each "offense" thereafter.

According to Pelosi, she estimates that only about 75% of House members have been vaccinated. The only problem - she has no facts or data to back up her claims as members don’t have to disclose their personal medical history. But Pelosi didn’t seem to worry as she doubled down on her statement, saying, "It is unfortunate that a large number of people in the Congress have refused to be vaccinated… Until they are vaccinated, we cannot have meetings without masks."

It should also be noted that only Republicans are being fined. While Pelosi doesn’t want to institute an “honor system” in Congress, she seems more than fine rubbing shoulders with maskless Democrats.

Among the GOP members who received a warning letter from Pelosi was Marjorie Taylor Greene. Facing a potential fine, Taylor Greene posted a video showing her holding the letter. She says, “You can’t discriminate against people simply because they won’t wear a mask. And today, I refused to wear a mask on the House floor and I received a warning from Speaker Pelosi that leads to fines if I continue to refuse to wear a mask. Well, here’s what I think of your warning, Speaker Pelosi.” Without hesitation, Greene feeds the letter into a shredder.

But even with science and rational thinking destroying the left’s narrative, the Democrats continue to push fear and false facts into society with useless mandates and regulations.