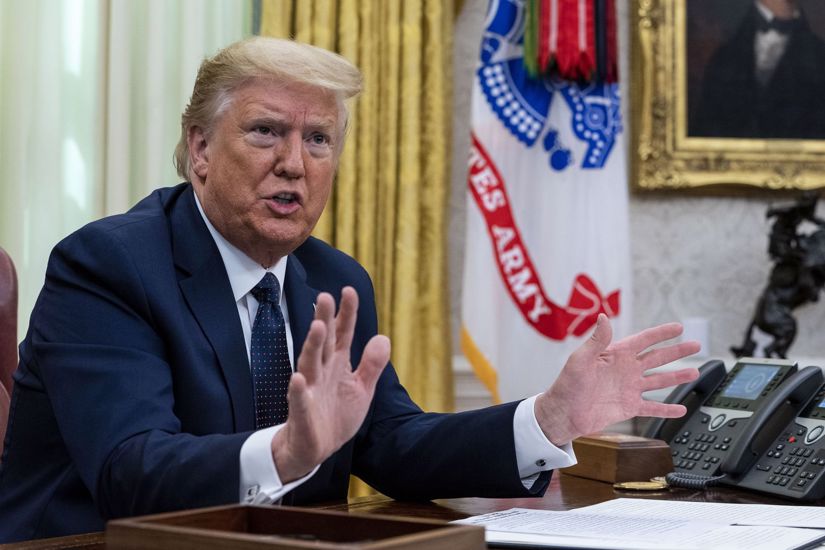 After an unprecedented move by Twitter to 'fact check' a Tweet by President Trump, the president issued an executive Order remount the protections social media companies have enjoyed since 1996.

Trump's Executive Order comes just days after Twitter earlier this week labeled two of his posts about mail-in voting potentially leading to fraud as 'potentially misleading'. The president, rightfully' accused Twitter of censorship and election interference. He also threatened to possibly shut down the service.

At the signing of the Executive order, Trump said, 'This censorship and bias is a threat to freedom itself...' If it were legal for him to shut Twitter down, he added,  'I would do it.'

The order directs federal agencies to modify the way Section 230, the law which protects Internet companies from liability for content posted by their users, is implemented.

In the order, the President also mandated a review of alleged Conservative bias by Facebook and Twitter, and calls on the government to reconsider advertising on services judged to  free speech.

As long as they have existed, Twitter has a had a long standing tradition of never having 'fact-checked' a President, or any other public official for what they have said in a Tweet. This is clearly a way of Twitter starting to affect public opinion. In spite of this, the President said he would not take down his Twitter account because it is the only way he can get his message out fairly because the Liberal media will not.

The President said, 'I am able to refute fake news and that's very important.'

You can read the Executive order HERE

Here is the video from the signing: