Should Trump Leave the White House? 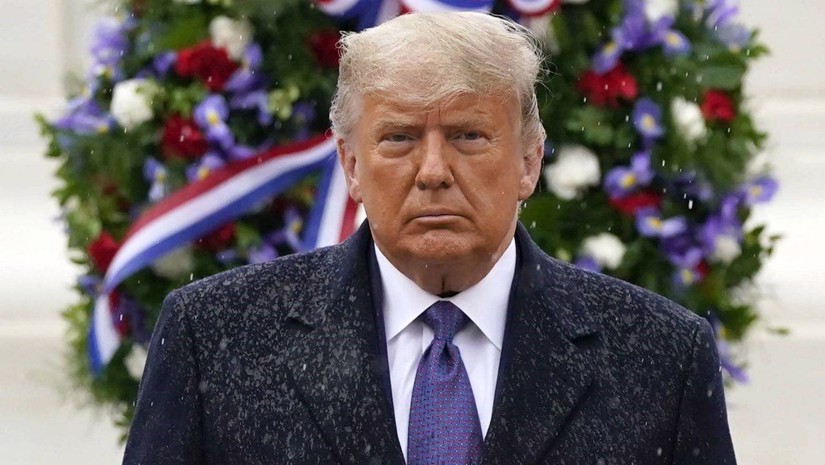 Absolutely Not!  If we look at everything that has transpired over the last year, and for that matter over the last 4 years, we can see that our country is under a terror attack and will no longer be safe for its citizens.

Let’s look at the facts…

First we had the Fake Russian Collusion Hoax, followed by the Fake Impeachment. Nancy Pelosi handed out gold pens to her allies, because it was such a “solemn occasion”.

Then came the pandemic, which fell into the Democrats lap. Mail-in ballots, early voting, and Dominion Software have clearly worked to rig and steal the election. Let’s face it, there’s no way Joe Biden got 80 million votes. An honest election would show Trump at about 80 million votes and Joe Biden at about 40 million. That means that over 65% of the country voted for Trump and agrees with US!

The Democrats, seemingly suffering from amnesia about the Left-Sponsored violence and riots last year, called what happened in DC on Wednesday a domestic terror attack. THERE HAS BEEN NO GREATER TERROR ATTACK IN THE HISTORY OF THE UNITED STATES THAN THE STEALING OF OUR ELECTION ON NOVEMBER 3, 2020. Stealing the Election means the loss of our Liberty and Freedom. Period.

…and what about the Liberal Mainstream and Social Media? They wouldn’t cover all the riots, cities burning, and murders last year, but they can’t stop showing what happened at the Capitol. Why? Because violators were dressed up as Trump supporters. Are they trying to say it’s impossible for BLM and ANTIFA to dress up as Trump supporters and wreak havoc? We don’t know who the actors were in this mess, but it sure works in the Left’s favor to paint them as being Conservatives.

Now Facebook, Twitter, and others are working to purge all conservatives and free speech. Just ask President Trump. Others like Tomi Lahren, Brian Kilmeade, the #WalkAway Foundation and many more are also being purged. What’s the Left so afraid of? I’ll tell you. They’re afraid of Trump educating the brainwashed sheep who will blindly follow whatever main stream media tells them.

The Swamp has a lot of politically criminal activity, and much worse, that Trump can expose. That’s why Pelosi and Schumer are trying to invoke the 25th amendment and/or pushing to impeach to get him out of office with only a short time left. Their accomplices in the social media are shutting Trump down in an attempt to quiet him. It won’t work.

This is a Communist takeover of our country and we’re not going to let it happen. Neither will President Trump. It’s not over, but we’ve got a fight in front of us. We need to join forces and fight this. Not next week, not next month, RIGHT NOW!

Mammoth Nation is acting as the tip of the spear, battling for you and your children’s future!  This is a game changing, life changing, future changing moment for our country, and we're happy you're with us. We'll be in touch soon with more details.