Standing Against the Cancel Culture 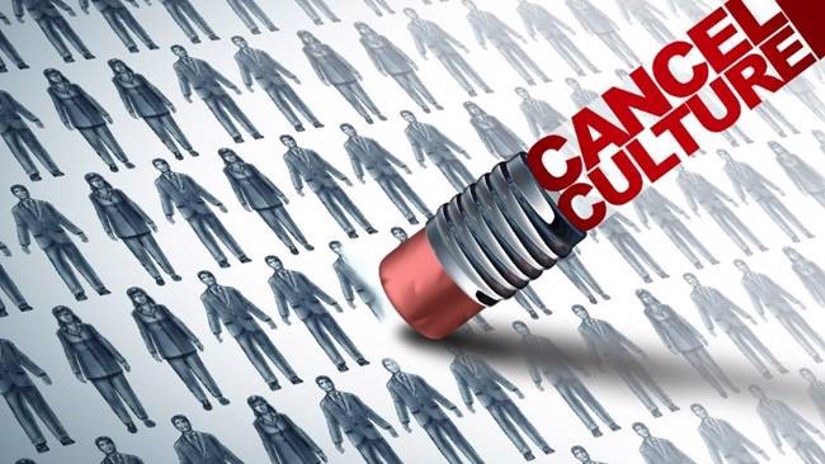 As we come upon one month after the left’s attempts to use an unfortunate event to “scourge” itself of its “enemies”, we have seen an inordinate number of conservative voices losing their ability to use social media for communicating to their followers.

Starting with that dreadful weekend following January 6, 2021, and the attack on the Capitol building, we saw first Our Standing President, the leader of the “free world”, lose his ability to use social media. It was deeply troubling to say the least.

Then like an orchestrated sweep, we saw conservative voices left and right be taken off Facebook, Twitter, Apple and Amazon to name a few. Whole conservative platforms lost their ability to communicate with their subscribers.

In the ensuing weeks, we have heard over and over how different conservatives are being attacked for standing alongside the president. Josh Hawley lost a book contract for standing up for what he felt was true and just. Mike Lindell has been threatened with companies refusing to carry his products in their stores and on the stories go. Almost daily we are hearing about another conservative being “canceled” on social media or by big business.

For many of us conservatives it has been totally unnerving as we had not experienced such a direct attack against our freedom of speech. We had heard that it existed but to see it occur in such a blatant matter was a rude awakening.

To see our leaders not back down has been probably one of the most encouraging things we could see. Devin Nunes texted that while the numbers he has been able to reach on social media have dwindled, his overall ability to reach his followers has been expanded!

Just this past week I was able to catch a portion of In the Marketplace with Janet Parshall. I was encouraged by a prayer she prayed. She started to remember the traumatic times in our nation’s history-times when our people had to step up or be destroyed. 1776, 1812, 1865. She made a profound comment in her prayer… “Lord, thank you that we are here for this time.” Such a time as this!

Yes, we are facing challenges that our predecessors did not, yet while they look different in that the battles are more for ideas than physical battles, the challenge Is no less daunting. When we would want to lose heart, that is when we must stand together.

Bill O’Reilly notably takes a stand against those companies and organizations that will seek to silence free speech. He has said more than once, “I’ll never purchase from that company!” Candace Owens is fighting the fact checkers that got her off social media in court! AGs and Congressmen nationwide are rising to fight the battles against unfair treatment.

So, do we back down? Do we get overwhelmed? No! We must stand with them!

This war may not be 1776, it may not be a physical battle against family members fought at Gettysburg, but do not be mistaken, the battle against Marxist and communist ideals is at the base of this fight. It is a well-known fact that a tactic of Marxist and communist regimes is to invalidate people’s thoughts. By making even family members go against one another, people of opposing thoughts are made to look crazy and even as enemies of the state.

No, as we see our leaders stand for truth, we must not lose heart. So, we at Mammoth Nation want you to remember that you are not alone. We are working with you and our strong candidates to change the future for our children and our children’s children.

Together, we can turn this tide! So, if you have not made the commitment, now is the time. Make sure you are not alone in this fight. Please take time and join MammothNation so you can have the support and be the support you were called to be.