The Gun Control Debate, a Solution in Search of a Problem through Misrepresented ‘Facts’ 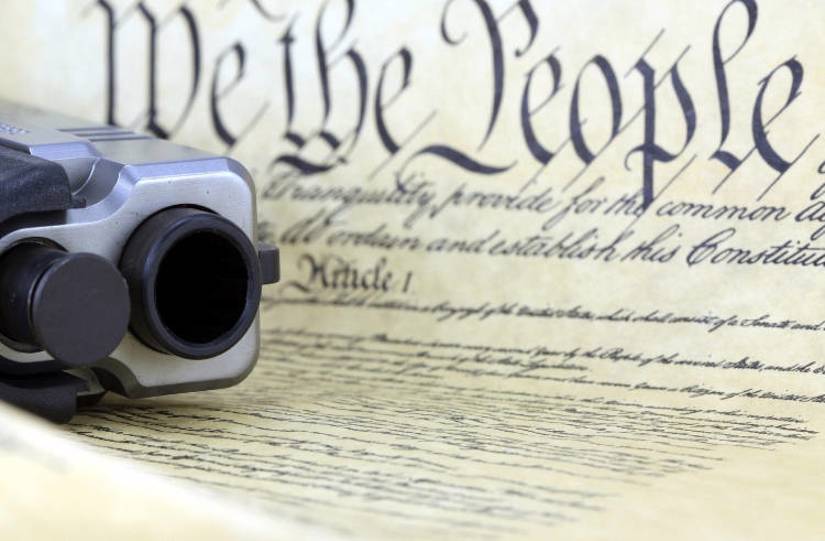 The right ‘to keep and bear arms shall not be infringed’ is a pillar in the United States Constitution.

I know that idea is not popular among those on the left who want to limit, or even end the 2nd Amendment. Especially in the wake of recent mass shootings over the past few years. The national gun debate has been taking center stage for a while now and the left is constantly taking aim (pun intended) at all out infringement of our Constitutional Right to Bear Arms.

The past two years, the Left has been constantly hammering the 2018 number showing that nearly 40,000 people died to gun-related incidents. Without thinking, it seems that the left-wing masses have all but accepted this number as gospel.

Of course, opportunistic anti-gun sycophants and their surrogates in the left-wing media are using this number to tell the world that if you come to the United States, it’s only a matter of time before you are killed in the streets by a crazed psychotic with a gun.

Naturally, they continually pontificate that we need more ‘common sense’ gun laws and gun bans to make everything better. But they ignore the fact that there are already over 20,000 ‘common sense’ gun control laws on the books at both state and federal levels.

Clearly, we are all well past ‘common sense’ at this point and have moved deep toward pure infringement.

Don’t get me wrong, if 40,000 people were being murdered with guns every year, that would be an issue…if it were true. And, even if it were true, is this a big enough number to justify trampling all over a constitutional right that was so important that the Founding Fathers actually created a specific amendment for it?

Think about it, the United States has over 325 Million people with over 300 Million guns. Having 40,000 gun deaths is less than 0.01% of the total population. To make things worse, they make the false assumption that all of those shootings were murders. THEY WERE NOT.

Well, like the late Ross Perot used to say, ‘the Devil’s in the details.’ Let’s try to break down that 40,000 number.

Certainly, I am not trying to diminish anyone who has committed suicide. Those numbers are staggering. But suicide is NOT gun problem. If it were, the United States, with its over 300 million guns, would lead the world in suicides. Actually, we aren’t even in the top 20, look it up.

The number one talking-point by the Left is that we need ‘Universal background checks’ or banning the evil ‘assault’ weapons. The problem is, in the case of suicides, those gestures are absolutely useless they do absolutely nothing to stop suicides.

Let’s be real, to even include suicide numbers to push more gun control is disingenuous at best, if not an outright lie.

Another 1,600 of those gun deaths were from police, but that’s mostly officers killing criminals who attempted to harm them or someone else. And it’s not just with guns. Reality is, I refuse to feel sorry for a criminal who dies trying to kill someone else.

Then there were approximately 300 accidental gun deaths. Tragic to be sure, but when it comes to accidents, guns are NOT the problem either. Unfortunately, the United States does have an alarming number of untrained gun owners leading to these deaths. Of course, it’s no surprise because of the venomous vilification of the very organizations who dare champion and provide gun safety programs.

I’m thinking perhaps we should spend more time trying to educate the population about guns instead of using manufactured stats to scare people away from them. By the way, this is something we used to do decades ago, even public schools had gun safety courses.

Finally, we have the remaining approximately 9,000 actual gun murders, while still a large number, it’s still much smaller than 40,000. With the left’s hyper-focus on demonizing guns, it’s no surprise that people are misinformed into thinking that guns are the issue. NOTHING can be further from the truth.

Those gun murders are NOT a gun issue either, they are largely a socioeconomic issue

We need to look at where the overwhelming number of these murders take place. Most gun murders take place in large cities like Chicago, Los Angeles, and Baltimore. The common element they all have is areas of highly concentrated violence in poverty stricken and underdeveloped neighborhoods.

It’s long been known that living in a subculture of violence drives more violence in these neighborhoods. It’s hard not to notice that all of these ‘leaders’ constantly complain about poverty and violence, but the problem never seems to actually go away.

Reality is, if these elected officials really wanted to stop the violence, they could focus on improving the socioeconomic conditions in these local economies. Instead, do NOTHING to actually address the issues. They know that having the campaign issue is what actually gives them power. They are ignoring the idea that fixing the socioeconomic conditions would go a long way toward reducing violence and gun deaths.

Of course, mass shootings end up being the prime focus of the anti-gun crowd. Even though there were several gun murders in Chicago alone, the recent mass shooting incidents in Texas and Ohio, took all of the focus, especially the El Paso shooting. We have the usual suspects out there trying to blame President Trump by committing random acts of race-baiting and gun demonization.

Instead of having knee-jerk reactions, how about we take that energy and focus on mental health and figure out why we have the mass shootings that we do. Clearly, every mass shooting seems to have a major mental health component.

Besides, mass shootings only account for less than a fraction of a fraction of the population when it comes to gun deaths, but it will do us some good to address the clear mental health issue in this country. At the very least, it could help reduce suicide rates and maybe even prevent the next mass shooting.

Realistically, the United States does not have a gun problem, we have a mental health problem, a suicide problem and a socioeconomic problem in our large cities. Yes, we cannot ignore the fact that violence can be committed with guns, but statistically speaking, there are far more things that can kill us. Many people are killed by drunk drivers every day, but we aren’t banning cars, are we? Why should guns different?

While the left so focused on destroying the second amendment, there’s proof that guns are used to kill less than 0.01% of the total population. The gun control nuts are working to ‘fix’ a solution to gun a problem that actually doesn’t exist.

There’s a culture war against the second amendment and we cannot lay still while the left tries to erode more and more of our rights. After all, the right ‘to keep and bear arms shall not be infringed’ was not a fleeting thought, it was a MANDATE!