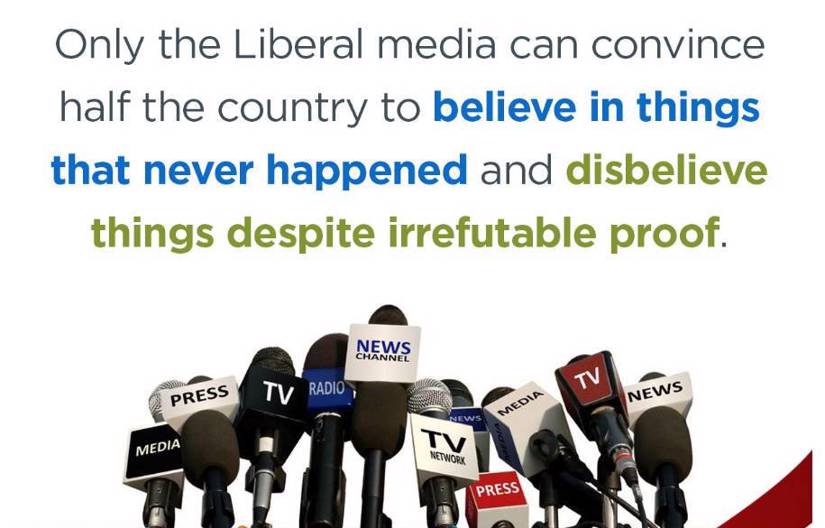 So I’m watching The Weather Channel this morning, trying to get my weather for the week, and suddenly I’m confronted with an unsubstantiated “viewpoint” that I’m supposed to accept as absolute truth. Global Warming. Apparently, the cold weather and snowstorms we had in the South last week were due to “Global Warming”.

Then suddenly we’re introduced to a Liberal psychologist who is telling us how to speak to our children. We're supposed to tell them how the storms will get worse, the weather more extreme, and that’s just the world they live in. So if television, social media, and teachers aren’t scaring our children enough, then we better do our part. Surprisingly, she didn’t blame it on Trump. Without any explanation about how the bad weather last week had anything to do with Global Warming, we're supposed to blindly follow their directive. Sounds like somebody’s trying to sell us The Green New Deal.

Do you notice how they don’t even attempt to justify their questionable viewpoint with so-called “science” anymore? All they have to do is make the statement, sound authoritarian, and expect us to buy it. It also doesn’t need to be on a “news” program where they’re giving us all the “facts”. It can be, and often is, coming from the most mundane and routine programming.

It’s all about subtly manipulating Americans, and particularly our children. Not just to buy a product, but moreover to sell you on the New Normal. Just give it a catchy slogan... New Normal, Social Distancing, Mask Up, Alone Together, We’re in this Together, just to name a few. It’s all a well-crafted ploy. Outside of the obvious national news fakes like CNN, CBS, NBC, ABC, and MSNBC, you also get a big dose of it from local news and other programming. (Sitcoms, Game Shows, Sports Programming, Reality TV, Movies, Documentaries, Dramas, Soaps, Commercials, and multiple others.) The brainwashing campaigns are everywhere.

Our advice: Watch television with your children and point out the obvious brainwashing techniques. Make this a home school lesson plan on how to look for these underhanded Liberal/Socialist/Communist agendas. Point out how they still glorify the Obama’s, Clinton’s, and are very soft on Joe Biden. It’s not hard to detect.

We promote both Newsmax and OAN. If you can stand it, watch CNN or CBS News for 30 minutes and then flip on Newsmax and catch Greg Kelly or Grant Stinchfield. Point out the obvious differences in motivations and facts between the networks. It’s a good practice for us all. It’s important to see how the Liberals are using brainwashing, fear-mongering, and inciting anger and violence on a daily basis. We need to shut them down.

Join Mammoth Nation. We are on the front lines of this crusade and we need your help.