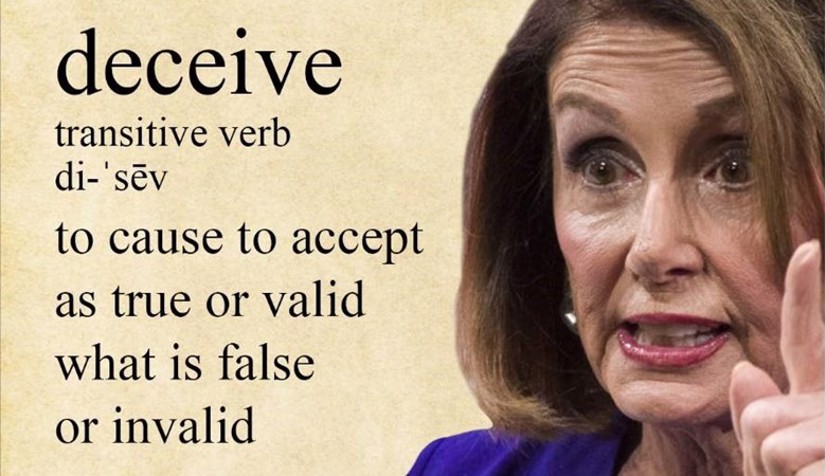 Now that the Democrat Smoke Screens are being lifted with President Trump’s acquittal, the American Public is still expecting some answers about what happened on January 6, 2021.

Any logically thinking person knew that a lot of what they say happened just does not add up. Why would Trump and his supporters purposely ruin their only chance to address the election fraud concerns? Why would their people hurt the congressmen and women who were trying to help them by challenging the questionable election results? Unfortunately, the Left’s consistent coverups were immediately put into place. They placed all their cards on blaming President Trump with the whole argument that his January 6th speech at the MAGA rally incited the violence.

Yet, to be able to make something as ludicrous as that seem viable, they had to create a story and take people out of the way.

So instead of debriefing with the men and women who protect the Capitol, House Speaker Nancy Pelosi calls for the resignation of the person in charge of the frontline, the man who would have some of the answers, Capitol Police Chief, Steven Sund. She does not immediately do any investigations into what happened, what led up to the attack, what sparked it, why it got so violent so fast… Instead, she just asks the one man who could give a clear account of what had happened to resign. One day after the event occurred!

There was no debriefing with the numerous injured men and women by their chief, no adequate gathering of information as you would after any traumatic event, no time for him to make sure all his people were cared for and healing from the horrific event they endured. She just tells him to leave. And the media, helps her with headlines like: “Failure of the Capitol Police”

So the question is Nancy, when will we get some answers? Why wasn’t there any intel shared with the USCP by the FBI, Department of Homeland Security, Secret Service, and (Mayor Bowser) the DC Metropolitan Police? With such sophisticated and well-prepared systems of spying and gathering information, why couldn’t any of these departments of the government come up with any indication that there was going to be a well-orchestrated attack on our nation’s capital?

We don’t know if Speaker Pelosi was expecting it, but finally Steven Sund brings a little light through his February 1st letter to her and a few others. In his letter, he made an interesting observation, writing…

“When the group arrived at the perimeter, they did not act like any group of protestors I had ever seen. Unlike other heated protests, these protestors did not simply congregate to angrily voice their grievances. As soon as this group arrived at our perimeter, they immediately began to fight violently with the officers and to tear apart the steel crowd control barriers, using them to assault the officers. It was immediately clear that their primary goal was to defeat our perimeter as quickly as possible and to get past the police line. This mob was like nothing I have seen in my law enforcement career. The group consisted of thousands of well-coordinated, well-equipped violent criminals. They had weapons, chemical munitions, protective equipment, explosives, and climbing gear. A number of them were wearing radio ear pieces indicating a high level of coordination.”

Days before January 6, Chief Sund sought the National Guard to come in. He was denied. Legally he could not request it himself, so he went to those who could. He was told “no” by both Sergeants at Arms he approached, but he was told that he could get help relatively quickly if anything happened.

Where did these thousands of criminals get all of their fancy equipment? What shadow group dressed up as Trump patriots to make it look like they wanted to destroy the Capitol? Why did it take so long for the approval of the National Guard?

Could it have been the Democrats and ANTIFA fully orchestrated by the Left? Let’s get to the bottom of it once and for all, and educate our brainwashed public.