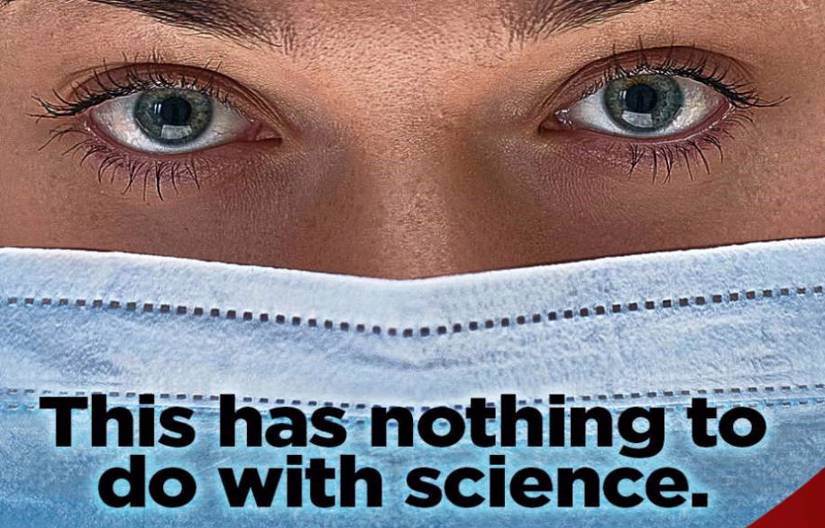 Exactly how long does it take for your BS detector to go off? It’s been a year now. There is absolutely no science, that hasn't been disputed, that can tell us masks curb the spread of Covid. Same with social distancing, lockdowns, and business closures. It’s all about silencing you and getting control over you.

Virus molecules are smaller than bacteria molecules, both super small and microscopic. Just like air molecules. This means that a mask that could completely stop a virus, would also likely suffocate you. Most of the masks in use are like trying to catch mosquitos with a chain link fence. So why are we still believing Fauci when he tells us to wear a mask? Easy. It’s fear mongering from Democrats and the Mainstream Media. It’s massive exploitation of a virus for political purposes. In this case, it’s the politics of Communism.

We applaud Texas and Mississippi governors for returning their states to Freedom. We give Kristi Noem, Governor of South Dakota, a Standing Ovation!! South Dakota is the only state in America that didn’t order a single business or church to be closed. They never instituted a shelter in place order, and they never ordered anyone to wear a mask.

He’s not wrong by mistake. He’s wrong on purpose. Masks are doing much more harm, than good.

Take a look at this Firefighter's video where he tests oxygen levels behind COVID masks. Then read OSHA's Occupational Safety and Health Standards 1910.134 regarding Respiratory Protection.

According to https://www.osha.gov/laws-regs/regulations/standardnumber/1910/1910.134 "Oxygen deficient atmosphere means an atmosphere with an oxygen content below 19.5% by volume."

According to a Clarification of OSHA's requirements "Human beings must breathe oxygen . . . to survive, and begin to suffer adverse health effects when the oxygen level of their breathing air drops below [19.5 percent oxygen]. Below 19.5 percent oxygen . . . , air is considered oxygen-deficient. At concentrations of 16 to 19.5 percent, workers engaged in any form of exertion can rapidly become symptomatic as their tissues fail to obtain the oxygen necessary to function properly (Rom, W., Environmental and Occupational Medicine, 2nd ed.; Little, Brown; Boston, 1992). Increased breathing rates, accelerated heartbeat, and impaired thinking or coordination occur more quickly in an oxygen-deficient environment. Even a momentary loss of coordination may be devastating to a worker if it occurs while the worker is performing a potentially dangerous activity, such as climbing a ladder. Concentrations of 12 to 16 percent oxygen cause tachypnea (increased breathing rates), tachycardia (accelerated heartbeat), and impaired attention, thinking, and coordination (e.g., Ex. 25-4), even in people who are resting."

Haven’t you had enough of the Democrats lies? Candace Owens states it perfectly: 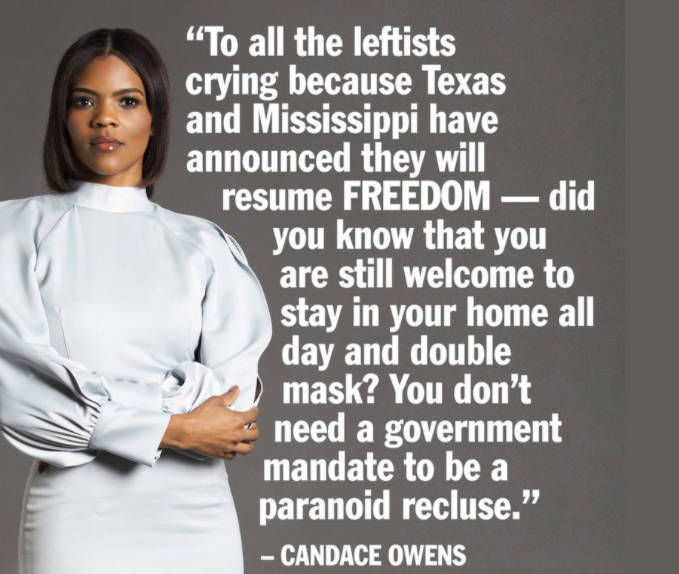