Understanding why Liberals think the way they do... 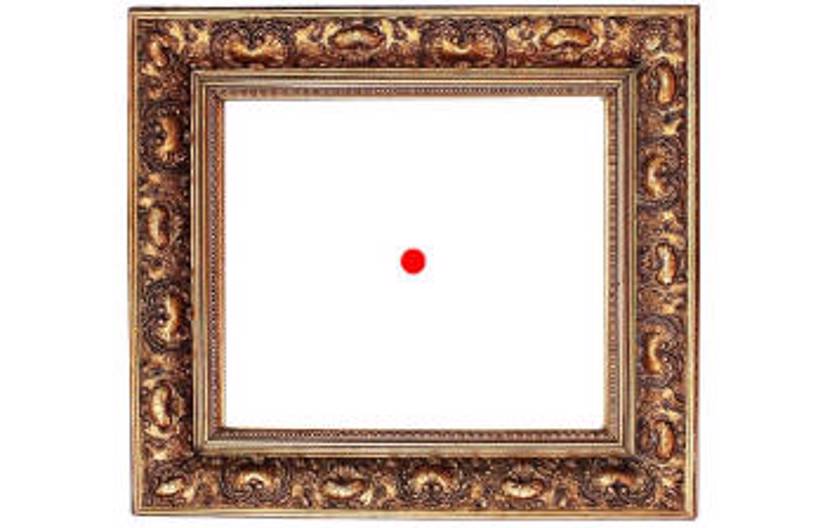 As you stroll down a row of paintings at an art gallery, you come upon a painting intentionally set apart from the rest. It is roped off and illuminated by strategically-focused lights. It’s a simple piece - a blank canvas with a single red dot in the middle of it. And you think to yourself, “What in the world is this supposed to be? It’s just a red dot!

Then you notice a man standing next to you. While gazing upon the artwork he leans his head toward you and whispers, "Isn't it amazing?"

“This incredible piece of art,” he says. “The artist really captures the essence of man’s struggle in a God-less universe… just look at the way he captures the despair, the dread… and the loneliness… so talented!”

You squint your eyes to take a closer look at the painting, and you think to yourself, “is this guy looking at the same thing I am?”

The man turns to you, “is that REALLY all you see?”

The man’s face turns to a look of disapproval. His expression is obvious… he thinks you’re ignorant and uneducated. He turns with a huff and walks away. You turn your eyes back to the painting again. Are you not seeing something that’s actually there? Is there something more to this painting than just a red dot? Is there a deeper meaning? … You stare a while longer and conclude, “Nope. It’s just a red dot.”

This is Liberalism. It is practiced by people who take traditional, obvious common sense and then elevate themselves above it. They create an alternate reality that is not based on things that govern the real world such as evidence, results, history and measurable patterns of success. Instead, their alternate reality is a system of unearned, self-serving validation built on empty canvases of superiority, emotions, good intentions and nonsensical tiny red dots.

It is an ideology based on cowardice, laziness and selfishness. It takes courage, strength and sacrifice to make decisions rooted in reality and then choose to be held accountable for the results of those decisions. Liberalism, on the other hand, allows one to take a stance on an issue without ever having to be responsible for the repercussions of it. Liberals don’t need to prove the efficacy of their ideas… they just merely have to feel that they have the best intentions and that they’re smarter than everyone else. And it’s their good intentions and feelings that then validate them to do whatever else they want to do – regardless of who gets hurt in the process. To be a Liberal is to be perpetually absolved from ever having to be held accountable for anything.

Understanding why Liberals do what they do is no more difficult than understanding that their ideology mandates them to always take a stance based on the exact opposite of common sense and the laws of science and nature that govern reality. This explains why their policies require deception and why the outcomes of their policies always result in fostering hatred and destruction. It also explains why Liberals are always in a never-ending cycle of scheming to force their ideologies on the rest of us… to them, they are never wrong even though the outcomes of their policies are never right.

We must vehemently oppose this plague to civil and moral society, and we must fight to point out that all the red dots we see littered across all the empty canvases spread throughout our land are nothing more than ridiculous, baseless and destructive stains that are in desperate need to be wiped clean to expose the real masterpieces hidden beneath.