Voting, turnout and saving us from the unhinged Left 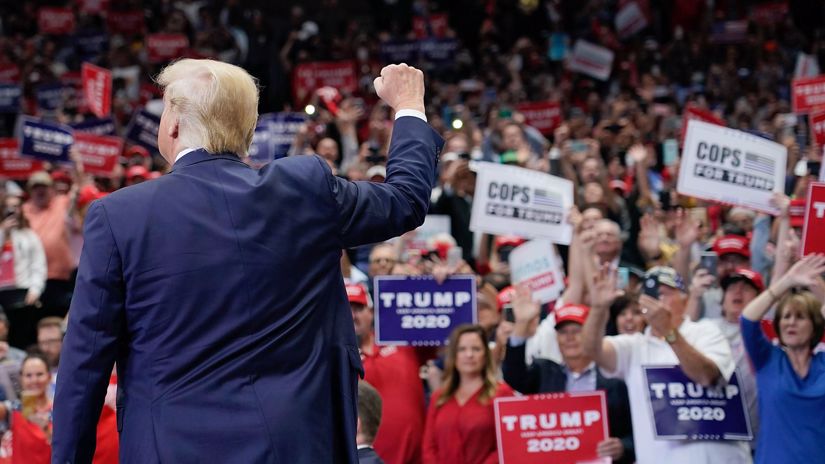 One of the biggest things that made the American Experiment unique was our right to vote. We are at a crossroads and we are in danger of making a Left turn that we may never come back from. In a perfect world, voting would be enough, but it's not perfect because Democrats have become more extreme, more unhinged and more powerful.

In 2016, Trump had attracted millions of new voters into the political process and shows no signs of slowing down in 2020. His supporters are showing incredible enthusiasm and will surely show up at the polls this November as well.

However, things are much different in 2020 and my concern is that voters just get in their cars and vote, but do little else.

You see, we seem to be in a culture war of sorts. There are two American ideologies that have some to an impasse and cannot coexist together. One side wants a small group of people to control what we say, what we think and want to dictate our every action. The other side wants freedom.

We have seen what length the Democrats are willing to go to just to gain power. We saw it when they weaponized the FBI and pushed a phony Russian Collusion to try to beat Trump, that failed. They made up lies about a quid pro quo with the Ukraine, of course this was proven false and that failed. They impeached over made-up charges, that failed.

Fast forward to this year, they used Covid-19 as an opportunity to get Trump, so they pushed to collapse our booming economy, that failed. Suddenly they latched on to the tragic death George Floyd and openly embraced the protests and pushed to manufacture riots that are now plaguing our cities across the country.

In other words, the most privileged democrat leaders in our society are using the most desperate people in our society to seize power from the rest of us. Once again, they are Hellbent to get Trump. 

If you notice, the Democrats care NOTHING about the harm and pain they cause Americans, as long as they get power. In their eyes, the ends justify the means.

These people clearly want the American experiment to end and we must stop them from getting power.

I cannot emphasize how important this election year is.  It not enough to just vote, we need to get off our collective rear end's and get into the fight. Merely complaining and voting will keep them in power.

Not only must we but we must do anything we can to get others on our side out to vote. The reality is, 95% of the country has it's mind made up, there is hardly anyone left to sway. This will be a game of turnout, pure and simple.

President Trump has the energy behind him, but we cannot take that for granted. The Democrats are not only pushing for high fraud mail-in voting, they are also pushing for no proof of identity on those mail-in ballots. It's fascinating that it's only the Democrats who want this.

Why? They were able to harvest thousands of votes after the election in states like California. Our side did not get out the vote and it lead to them taking the House.

It's a foregone conclusion that the only way we can win is to show up in such overwhelming numbers that it renders their voter fraud irrelevant.

Voting in the 2020 election is only the starting point, let's take that new energy and think about what we can do, no matter how small, to take our country back from the progressives so America can remain that shining city on the hill.