We Will Not Back Down! We must demand our freedoms now. 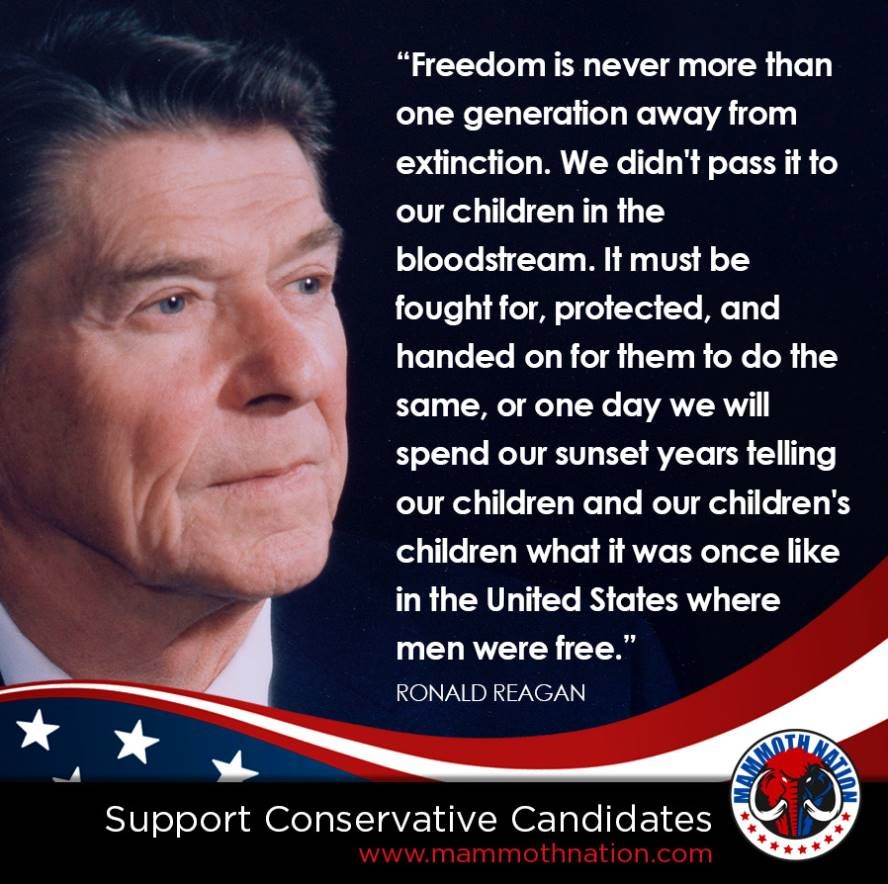 It’s clear to see what Reagan meant by those strong words.  We all thought it could never happen here, but we were wrong.

Our freedom of speech, right to arms, and so many other rights are in jeopardy under the Biden-Harris administration. We will promote candidates who staunchly support the Constitution, Our God Given Freedoms, and the Lawful Rights of ALL Americans.

We will also stand strong on Election Reform, so we can right the wrongs of the 2020 elections. Over 74 million people are now disenfranchised due to a justice system that has ignored the election facts presented, not to mention the counting of ballots that were invalid before they were even filled out. We all know people who received multiple absentee ballots, but never even requested one.

The American people are starved for an acknowledgement of the facts and accountability from those running our country, state legislatures, and local jurisdictions. Corruption and fraud ran rampant last year on so many levels – the elections, the pandemic, lies about President Trump, and so much more. We all deserve lawmakers in office who will fight for our collective voice, who reject the temptations of political greed, and who will not be swayed by the machinations of the Liberal Left.

We support and promote representatives who are honest, ethical, honorable, and will fight for We The People.  We will not be deterred from our mission!