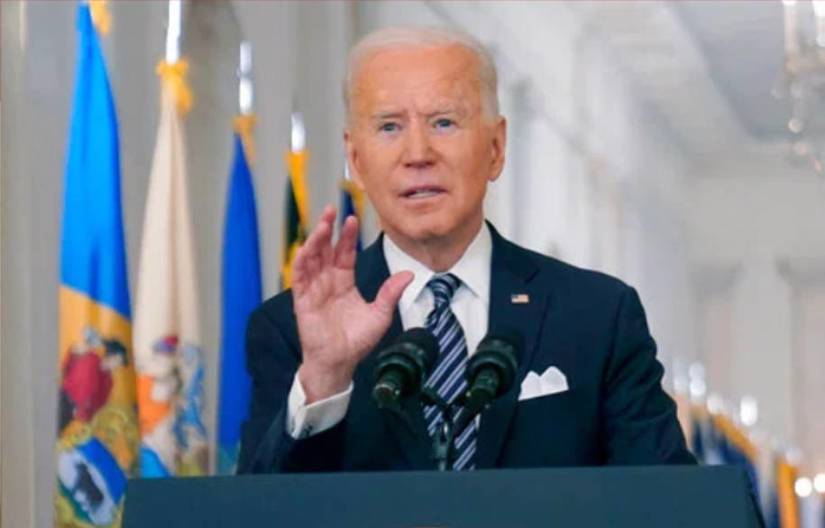 Fifty days in office and not a single press conference, yet last night Biden goes on national television to give a totally scripted speech he could barely read. Did you see how the teleprompter must have been telling him when to act compassionate? Joe Biden doesn’t have a compassionate bone in his body.

Did you see how he tried to blame the coronavirus on President Trump again? When Trump stopped the flights from China, Biden called him a racist xenophobe. Pelosi said, “Come on down to Chinatown!” What a sham. Still trying to make people believe that the stolen election was in the public’s best interest.

So why no live interactive press conferences? I’ll tell you why. The people pulling the strings can’t afford to have Sleepy Joe say anything that isn’t written on a script and rehearsed by him a thousand times. We’re already seeing in poles the voters are having “buyers remorse”. The mainstream “media” covered up all the damning evidence that would’ve turned off voters. The Hunter Laptop for example. I was speaking with an acquaintance of mine a few days before the election and I asked him what his thoughts were on the topic. He gave me the thousand yard stare. He had heard nothing about it!

If the Puppet in Chief has a hard time reading off of a teleprompter, imagine what would happen when he has to field questions from reporters that aren’t scripted or given to him in advance. Just the other day a reporter shouted out a question that his handlers hadn’t prepped him for, so they rushed in quick and shut it down, whisking him away before he had time to mumble some incoherent nonsense.

Other than signing executive orders, that he doesn’t understand, the man is useless. Or is he?? Not to the Socialist Democrat machine. He is exactly what they wanted. That's why they put him there. He does and says exactly what they want him to, with no pushback. They’ll ride him like a rented mule until he is of no use or says something so outlandish, they’ll need to bury him. He’ll take the fall and then Kammy will slide right in. Which honestly, should scare you more than the current scenario. She will promptly start moving our beautiful and wonderful country toward the Marxist Mecca the liberals dream of.

We need to stay diligent in our efforts to stop that from happening. We, with your help, will do everything in our power to preserve our wonderful Republic, the way the Founding Fathers intended it to be. So take off those face diapers, hug your loved ones, live free, open your hearts to God, pray often, and buy ammo!!