Withdrawing from the WHO is absolutely necessary 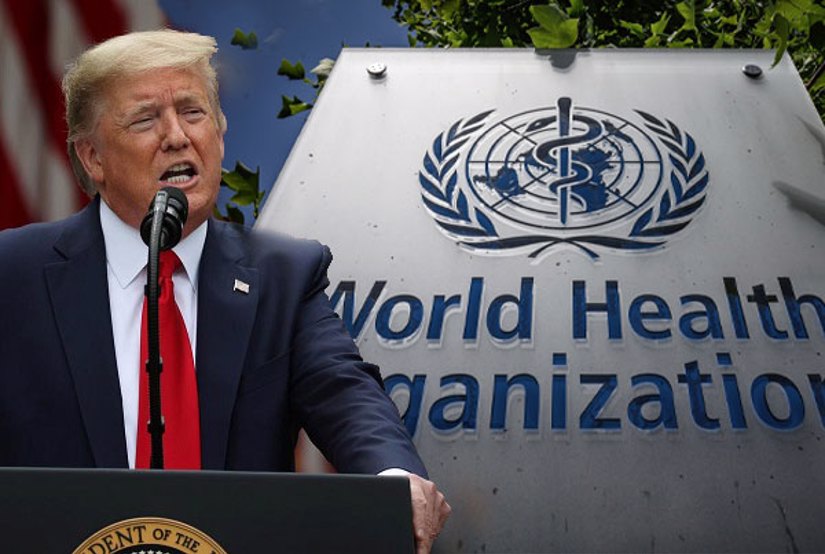 Yesterday, President Trump announced that he will be withdrawing the U.S. from the World Health Organization (WHO). This move comes in the middle of of the COVID-19 pandemic.

The Trump administration’s move to formally cut ties with the WHO comes more than a month after Mr. Trump announced he would be 'terminating' the U.S.’s relationship with the organization over its handling of the coronavirus pandemic.

The president has pinned much of the blame for the rapid spread of the coronavirus around the world on the agency, calling it 'China-centric' and too slow to respond to the outbreak. The organization bought into China's assertion that COVID-19 was not contagious and announced that to the world.

Withdrawing from the organization requires a one-year notice before becoming final. The administration notified the United Nations secretary-general that US withdrawal will be effective July 6, 2021. The UN controls the WHO.

Naturally Congressional Democrats are upset over the move.

Clearly a bunch of hyperbole, but not unexpected for the Democrats to take issue with anything President Trump does. On top of that, Democrats are consistent about wanting to relinquish US sovereignty and and freedoms to a world body.

In the end, President Trump is right about the WHO. The reality is that the WHO, like the UN, is a largely bureaucratic mess and the WHO Director-General, Dr. Tedros Adhanom Ghebreyesus, has major ties to the Chinese Communist Party.

Tedros, a known Communist, was China's pick for the position. When he campaigned for the job, he had solid support from the Chinese and got elected. Since being the Director General, he promised to exclude Taiwan from the WHO and also publicly talked about how the WHO could support China’s expansionist policies.

It is no surprise that Tedros has been using the WHO to spread Chinese propaganda when talking about COVID-19.

By parroting what the Chinese government was saying as fact, the WHO gave the entire world false security about the virus that by the time the truth was discovered, it was already too late. The virus had spread way beyond containment. The rest is history.

It's only fitting that President Trump withdraw the US from the organization that literally lied to the world and is responsible for tens of thousands of deaths that could have been prevented had the virus been contained at the source.

That source was, of course, Wuhan, China.

President Trump is once again proving that he sincerely believes in putting the United States first.

Congress received notification that POTUS officially withdrew the U.S. from the @WHO in the midst of a pandemic.