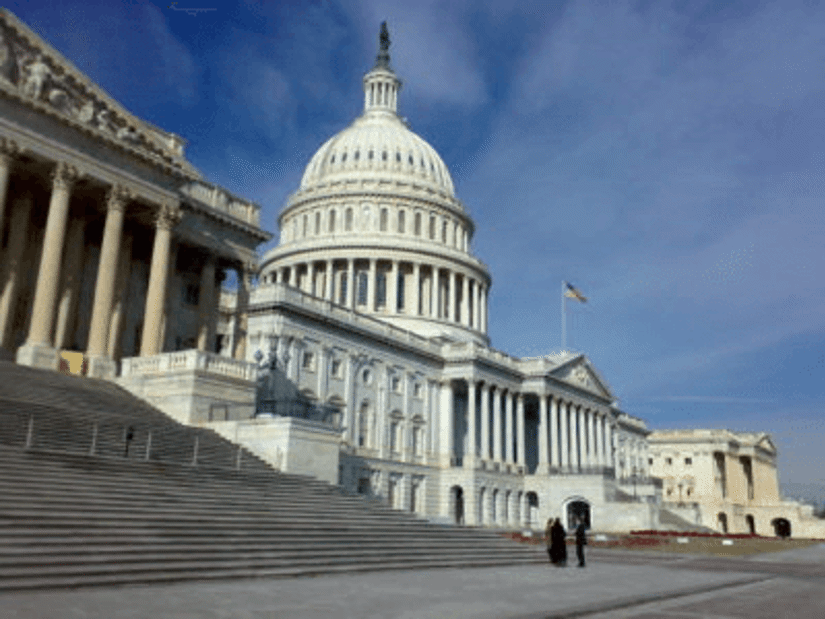 Washington DC is constantly overflowing with career politicians who went to serve and ended up just staying and moving in.  In fact, some Congressmen and Senators have been there for decades, in both parties.

The Constitution requires a Congressman be at least 25 years old, be a US citizen for seven years, and has to be a legal resident of the state from which they are elected.  It also specifies a term of two years. Senators must be 30 years old, serve six year terms, and until the passage of the 17th Amendment, be elected by the House.

I am thinking term limits were not defined because the founding fathers likely never anticipated the Congress would become a lifetime career.  Our founders envisioned a citizen legislature that would be elected, serve, then go back to their previous lives.

Even though there were no limits initially defined for the President, George Washington started the tradition of only serving two terms and it remained in place until Franklin Roosevelt ran for and won an unprecedented third term. Of course, term limits became a reality for the President after the 22nd Amendment was passed.

Members of Congress seem to have become immune to being voted out  by an electorate that keeps on constantly reelecting incumbents.

Instead, they have become corrupted by power and since they have been there so long, they have lost all track of reality. Power attracts them to the office, but the Congressional 'perks' of that power keep them there. Time and again, we see when a member finally decides to step down, they have become wealthy beyond all imagination.

When I was younger, I was always against the concept of term limits because I felt it took our choices away. Someone should have the right to run as often as they want, and if they do a bad job, they can be voted out.

The problem is, that doesn't happen, most incumbents never lose. The special interest money gives the incumbent an edge from a challenger, but leaving that Congressman beholden to them. I now contend that it is time for term limits. Frankly, the electorate cannot be trusted to vote people out and it's the only way to control the special interest corruption.

Presidents of both parties, like Barrack Obama and Donald Trump, have shown support for term Limits.  Of course, the likelihood this would happen is next to zero. Why would an entrenched member of Congress ever destroy their cash cow?

This will never be voted on by Congress and would likely be overturned by the Supreme Court anyway.

The only way to ensure its passage is through amendment to the Constitution. With an overwhelming majority of state legislatures being Republican controlled, now is the perfect time for this.

Once we get term limits, the influence of special interest money could be greatly curtailed. There is nothing wrong with a fresh face every once and a while, if they aren't there too long, they may not develop the bad habits of the 'lifers.'

It's time that we get rid of politicians and elect more Statesmen, then we can end our Congressional woes.  Remember, a politician will fight their own agenda, a true Statesmen will fight for your agenda.