DEMOCRATS DON’T GIVE A RIP ABOUT GEORGE FLOYD! 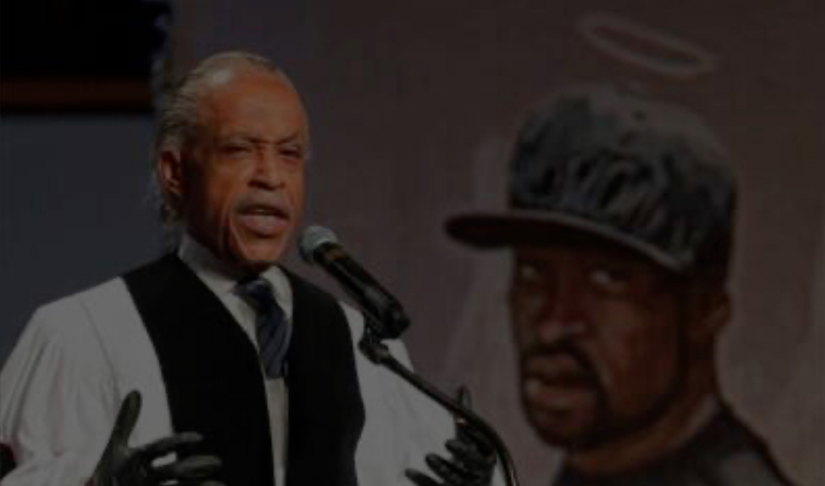 Immediately after George Floyd was killed and the video of his death made it around the world, the country was united against the officer and what he did.  That only lasted a short time, because the Democrats and their surrogates immediately went out of their way to deliberately divide everyone so their usual 'Racist' narrative could take hold.

We have all seen the riots, but fast forward to today, I saw that George Floyd's funeral was being nationally televised on all the dominant networks. I must say, this had me totally perplexed.

It seemed to me like they were elevating George Floyd to a sort of hero status. I know the entire country is outraged at the way he was killed. Nothing justified the actions of the police officer who brazenly took Floyd's life.

That being said, Floyd was hardly a model citizen. His autopsies showed that he had Fentanyl and Meth in his body and he had several run-ins with the law throughout the years. This included once going to prison for a home invasion that involved pointing a gun at the occupant's pregnant belly. Not a heroic act in anyone's eyes for sure.

I'm not saying this to judge Floyd, clearly I know nothing of his life and what drove him to crime and drugs. Everyone has a different story. I am merely bringing this up, because as a society, we do not usually raise people up in a way they had for Floyd.

It begged the question, why Floyd, why now?  The immediate answer that came to me was that they needed a martyr for 'the cause.' What cause? Fight racism? No! Fight cases of police brutality? NO! Was it to make Trump look bad? Definitely!

After seeing how Democrat leaders had been pontificating their usual race bating hyperbole and seeing Soros funded groups like BLM and Antifa turning rightful protests into all out riots, it came to me.

THEY DON'T GIVE A RIP ABOUT GEORGE FLOYD!

They are using George Floyd as an excuse to promote their left-wing political agenda so they can get Trump, nothing more.

They saw the recent Rasmussen polls that showed President Trump polling above 30% in the African American community. This certainly had Democrat leaders quaking in their boots and they had to do something, no matter the cost.

Why were they panicked? After all, they had stoked the flames of racism so high, there would be no way Trump could survive the fallout of riots quite literally in every major city across the country. WRONG! These polls were conducted right on the tail end of the riots.

They saw President Trump's swift and steadfast honesty and leadership through the riots.

They know the only reason charges against the officer who killed Floyd happened so quickly, was because Trump immediately mobilized the FBI to get things things moving,

They know about how Trump has done more for the African American community since Lincoln. Many had finally started living the American Dream after many years of working hard, only to see their dreams burn up in flames in a matter of minutes by bunch of Democrat encouraged and funded professional rioters.

It was obvious, but this became crystal clear when I saw Al (RaceBaiter) Sharpton speaking at Floyds funeral. After insisting the NFL give Colin Kaepernick, which had absolutely nothing to do with Floyd's death, he e literally told people to vote for Democrats! At a funeral! And Sharpton pretends to be a 'Reverend'.

THIS is the biggest reason why it was nationally televised. They knew millions would watch.  So, after years of losing to Donald Trump and as a way to combat the hugely popular Trump rally's, they found a way to try to influence millions of people to vote for Democrats at one time.

This is reminiscent of the Paul Wellstone funeral from many years ago which became an all out Democrat Political rally. So, they have a track record of using tragic deaths for their own political gain.

Once again, THEY DON'T GIVE A RIP ABOUT GEORGE FLOYD! This is ALL about getting Donald Trump.

Nearly every prominent Democrat was at the funeral to pander and show they 'cared' about Floyd. Even Joe Biden made a campaign stop. I'm certain that Biden will not attend the funerals of any of the innocent Americans murdered during riots.

George Floyd's family should be very angry and they'd have every right to be. I just hope they can see through the farce.

The Democrats should be ashamed! But, they aren't. For Democrats, the ends always justify the means. Get power at all costs, because they 'know better'.