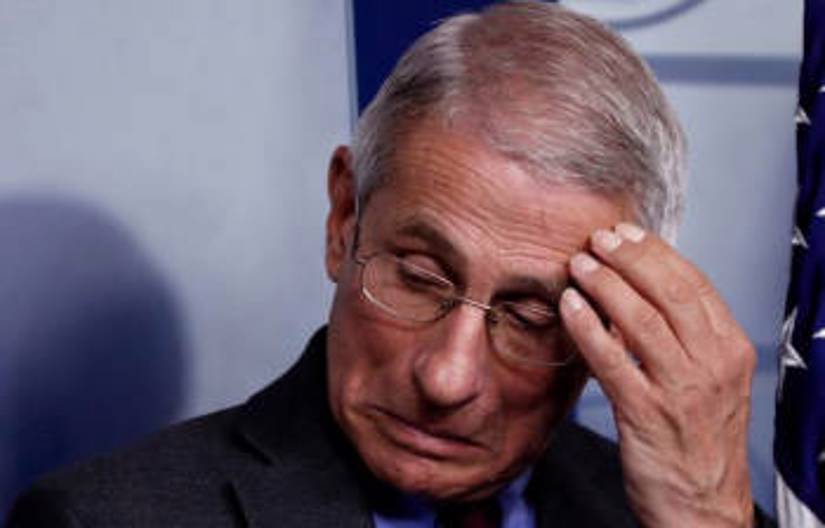 While the media censored the news surrounding the COVID-19 origin theory, former President Trump insisted that China was behind the pandemic and it most likely escaped from one of their labs. Instead of investigating the matter, the media and Democrats labeled Trump as racist, and who could forget Dr. Fauci himself dismissed the theory as nothing more than a conspiracy. Yet time always reveals the truth, as now leaked emails obtained by the Washington Post shows the doctor deliberately covered up Trump’s claims.

The leaked emails present an entirely different picture than what Dr. Fauci himself tried to persuade the American people to believe. From the start, Dr. Fauci, who is the director of the U.S. National Institute of Allergy and Infectious Diseases, was appointed lead doctor for the federal government’s response to COVID-19. On several occasions, Dr. Fauci bucked against President Trump’s advice and even his response to the virus, but as you are about to see - much of what came out of the doctor’s mouth was scripted.

One of the most notable emails to be leaked was from U.S. researcher Dr. Peter Daszak, who was the leader of a nonprofit that had close ties to - the Wuhan Institute of Virology. Not only did Dr. Fauci have correspondence with the doctor in 2020, but Daszak himself thanked Fauci for publicly dismissing the COVID-19 lab leak theory.

Again in 2020, Fauci shared emails with an infectious disease expert who investigated the COVID-19 virus. Apparently, the expert initially believed that a small portion of COVID-19 looked engineered.

And that’s just the surface of what Fauci was hiding. When questioned by Kentucky Senator Rand Paul about NIAID’s potential shared research with the Wuhan Institute of Virology, Fauci denied having any knowledge. Again, this was congressional testimony and he blatantly lied because another email showed he had at least some knowledge of the research.

As for who might just be behind the current COVID-19 narrative, Fauci’s emails also showed him in constant communication with CEO Mark Zuckerberg and a high-level executive at the Gates Foundation. A Chinese health official was also attached to the emails and was told on more than one occasion by Fauci that they would “get through this together.”