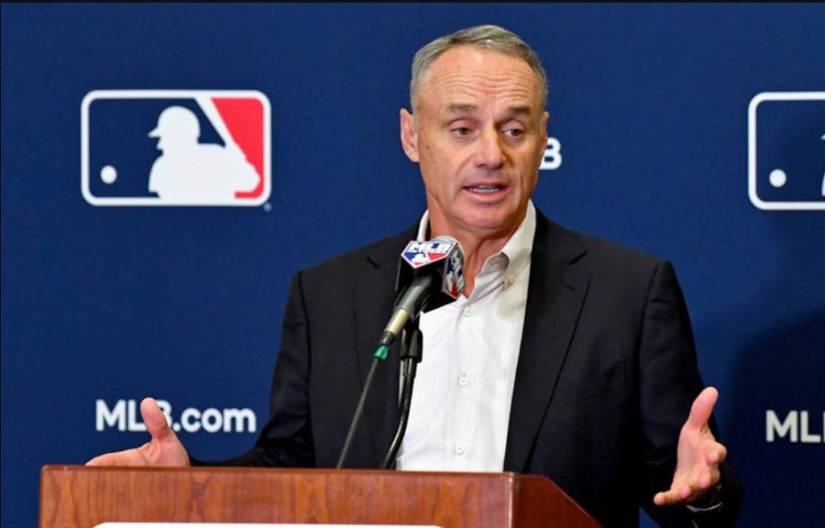 You want to support your team, but this has gotten completely out of hand. Last week, Major League Baseball, showing an overwhelming lack of integrity, pulled the MLB Allstar Game and Draft out of Atlanta, GA. Why? Because GA passed a law that you have to show ID in order to vote. You need ID to pick up MLB tickets from Will Call, drive a car, fly in an airplane, buy liquor, buy a house, and just about everything else in this country, but they don’t want you to show it when you vote? Free and fair elections are the single most important thing that hold us together as a nation.

The current administration let’s massive amounts of illegal immigrants flood our country, while promising them the world, and then don’t ask for ID at the polling station? To even further show their hypocrisy, they’re now pressing to implement a vaccine passport to travel or go anywhere, but don’t want an ID to vote? The Left and their bought Liberal Media has become so unbelievably obvious. Anyone who can’t see that this is an orchestrated take down of the USA, must be completely oblivious or so filled with Trump hate they can’t see straight.

“For years the Radical Left Democrats have played dirty by boycotting products when anything from that company is done or stated in any way that offends them. Now they are going big time with WOKE CANCEL CULTURE and our sacred elections. It is finally time for Republicans and Conservatives to fight back—we have more people than they do—by far! Boycott Major League Baseball, Coca-Cola, Delta Airlines, JPMorgan Chase, Viacom/CBS, Citigroup, Cisco, UPS, and Merck. Don’t go back to their products until they relent. We can play the game better than them. They didn’t even get approval of State Legislatures, which is mandated under the U.S. Constitution. They rigged and stole our 2020 Presidential Election, which we won by a landslide, and then, on top of that, boycott and scare companies into submission. Never submit, never give up! The Radical Left will destroy our Country if we let them. We will not become a Socialist Nation.”

So don’t believe what you see on the news or social media. Conservatives are by far the largest demographic in America. Unemployed 20 somethings don’t run our country. Therefore, if every Conservative were to stop supporting these big tech firms and major league sports teams, it will have a huge impact. It’s not going to be easy for us either. Many of these Liberal entities provide us with entertainment and other conveniences that will be hard to live without. However, we’re going to have to do it or be subservient to them forever. It’s our choice.

Here at Mammoth Nation our objective is to support only Conservative, or at least Politically Neutral companies.