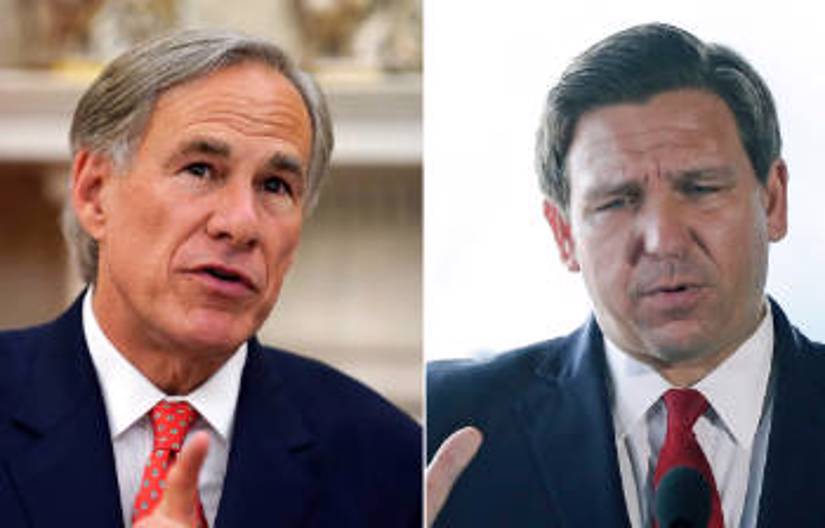 Given that the Democrats are in partnership with Big Tech, it should come as no surprise that Joe Biden sits idly by as companies dictate freedom of speech. While liberals are more than fine giving up their freedoms, many Americans are calling for action as states like Florida and Texas have already taken efforts to halt censorship. And although he remains de-platformed, former President Donald Trump praised the progress Republicans have made against the power Big Tech possesses.

Trump recently sat down with Newsmax to discuss his ongoing censorship and the law passed by Florida allowing its citizens to sue media companies that wrongfully censor them. Trump said, "What they're doing is incredible. They're putting very, very powerful restrictions on Big Tech. When you add Florida and you add what [Gov.] Greg Abbott's doing in Texas … and you look at other states, big states, and small states … they're not going to be able to function unless they become reasonable."

Following the riot on the U.S. Capitol, President Trump found himself censored from Twitter, Facebook, and several other platforms for supposedly instigating the crowd. Although there has been no evidence to prove Trump’s involvement, he remains de-platformed, with his latest Facebook ban being upheld yet again.

With Republicans taking a strong stance on Big Tech, critics claim it will do very little to stop them as the laws are only on the state level. But it should be noted that Florida’s law includes a $250,000 fine for every day a media platform censors a Florida candidate.

Even Trump seemed impressed by the steps Florida has taken. When asked about the potential fines companies could face, he said, "Yeah, that'll do it. You know you're not going to lose Florida. They can't lose Florida, Texas, and some of these big states. They're going to have to make changes. So I think they can do what the federal government hasn't done, and it gives people like me and others that have been very illegally treated … the right to bring major lawsuits."

But while the future of Trump’s social media presence is unknown, it appears the Republican powerhouse is not letting it stop him as he not only started his own social website but also announced the return of his popular MAGA rallies. Through impeachments, fake scandals, and censorship, Trump continues to fight not for himself, but for America.