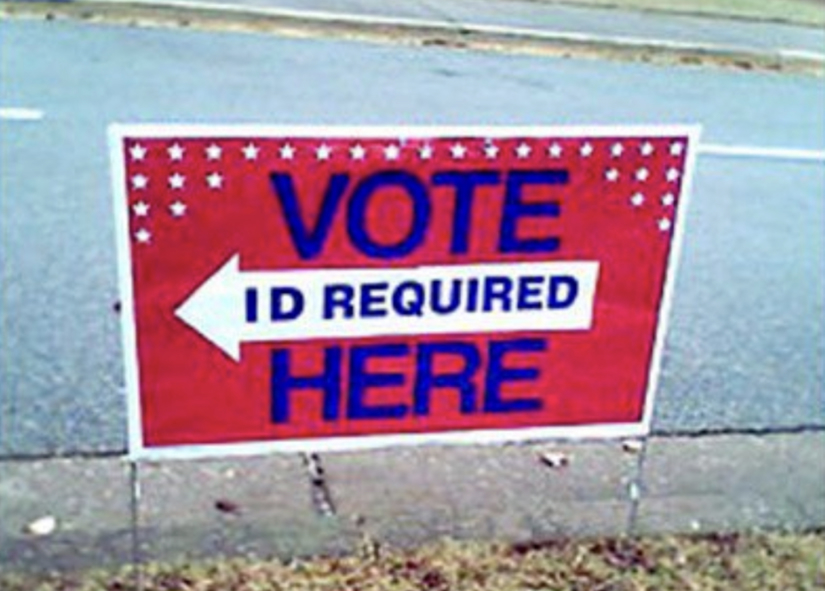 As we near the 2020 Presidential election, the Democrats and their surrogates in the media are doing everything to find ways to steal the elections. Things like a completely mail-in election nationwide.

Why, because mail-in voting on a massive scale makes it difficult to enforce voter ID. Much to the chagrin of Democrats, several states have implemented some sort of Voter ID over the years in an effort to curb election fraud.

No, nothing is perfect and there will always be some degree of voter fraud, but Voter ID goes a long way toward preventing it. This is clearly why the Democrats are against it, because it takes away the ability for someone to register and vote in someone's place. Remember ACORN from years ago? And there’s plenty of evidence out there of illegals voting on a massive scale.

We already know that when a legislature utilizes their Constitutional duty to create a law, if Democrats disagree, they always go to court. Voter ID is no different, that is why it took years to fully implement the law in Wisconsin. Legal battle after legal battle led to delays in implementation.

I find it fascinating that only the Democrats seem to be against Voter ID, likely by design. The Left is constantly using tired old rhetoric by creating one victim after another, or whining about unsubstantiated 'voter irregularities.'

They believe as conservatives do, that nothing should interfere with someone's right to vote, but they scream that having to get an ID disenfranchises voters because it's too 'difficult' or 'expensive' to get an ID. Mind you, many state laws make it free if needed.

When that doesn't work, the left pulls out the usual ‘race card’ by saying that requiring ID disenfranchises minority voters.

If I were a minority I would be offended. The Democrats are almost literally saying that minorities are too incompetent to get an ID. That’s right, true to their twisted ideology, they don’t think minorities are able to do things for themselves and need the government.

You have to ask yourself, in this day and age, what functional member of society does not have an ID, regardless of status in life or race. The reality, probably 99.9% of the population that is old enough to vote, has an ID.

We need ID to perform basic functions like cash a check, buy liquor, buy cigarettes, and even to buy allergy medicine at the local Walgreens. Rich or poor, we need ID to function, so it's not too much of a stretch to need it to vote.

The ironic part is that leftist groups like Labor Unions actually require ID for their leadership elections. Go figure.

Another big myth is Democrats say states with voter ID would see major drops in voting because of voter ID. The Left has been completely wrong.

Back in April of 2016, Wisconsin had it’s Presidential primary and a State Supreme Court election. It was a perfect test for their finally implemented Voter ID law. What happened was astonishing, Wisconsin experienced higher voter turnout of historical proportions, on both sides.

Then in the November Presidential election of 2016 turnout was huge. Democrat whiners were completely wrong. One fascinating thing was that like Wisconsin And Pennsylvania, the perpetual blue states in Presidential elections, turned red. Fascinating how states can change when one has to prove who they are when they vote.

It's time for the remaining states to implement Voter ID so it is consistent across the country. There is absolutely zero evidence that it disenfranchises any voters. In fact, it seems that the only people disenfranchised are those that shouldn't be voting anyway. Illegal's anyone?

Let the Liberals continue to scream about non-existent suppression and 'voter irregularity' and I will tell them that perhaps they should consume more fiber before going to the polls. Democrats will continue to be wrong.

For the rest of us, we can rest assured that there is less of a chance or fraud in elections, because things like in-person voting and voter ID are protecting our precious right to vote. ALL OF US!