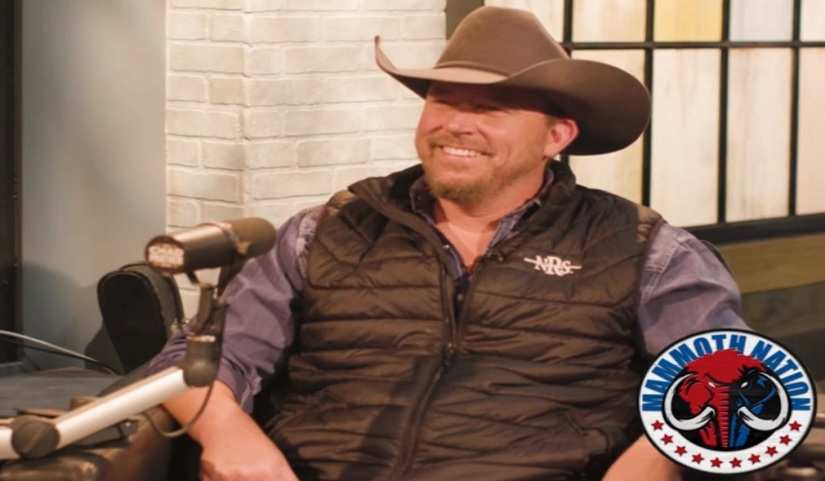 "The beauty of Mammoth Nation is that I found them- they didn't find me." -Chad Prather

Kyle Reyes and Chad Prather sat down to spit fire about the state of our country, Chad's goals for the future and even about us, Mammoth Nation.

Chad Prather is a jack of all trades. He is a talented musician, comedian, best-selling author, podcaster and overall entertainer. Most importantly, he is a true Patriot who uses his voice to fight against the woke ideology and cancel culture.

His strategy is simple- fight back; he holds no punches and refuses to cave in to the woke agenda. He is a voice for Conservative Americans everywhere and is just what this country needs right now.

He was considerate enough to take the time out of his very busy schedule to talk about the state of the country, his goals for the future and even about us, Mammoth Nation.

Kyle said, "People realized you were serious about getting in the fight for this country. Talk to us about that."

"I'm very passionate about this state [Texas]. But the things that were going on- particularly covid shutdowns and the pandemic, things have gotten so bloated in this state. We're starting to mirror the federal government, its bureaucracy in Washington DC- I don't like that, I don't think that's Texas," Chad responded.

One afternoon in July of 2020, Chad was discouraged to hear news that Texas Gov. Abbot put out more mandates for masks and shutdowns. A frustrated Chad then took to Twitter and posted that he was running for Governor in 2022.

At first, he wasn't serious, but many people believed it. That's when he decided to actually follow through with that.

He told Kyle, "We knew that, financially, I didn't come with any big donors or any backers. So we knew what the results were going to be but we hung in there with it. For 19 months we campaigned, we educated a lot of people."

He then went on to talk about how his campaign was still able to make an impact on the people of Texas.

Chad said, "We were able to come together as people... as Patriots. We showed people you can have civil discourse and dialogue in regards to that, even if you disagree."

Kyle asked, "You've got people coming over from California because they hate the mess that they voted into office. They're coming out to Texas and trying to vote that mess back into office. What's going on here?"

Chad went on to explain how Gov. Abbot isn't good for Texas, particularly because of his background as a Judge. He feels that experience was used to sidestep many regulations that is putting Texas on the wrong track. 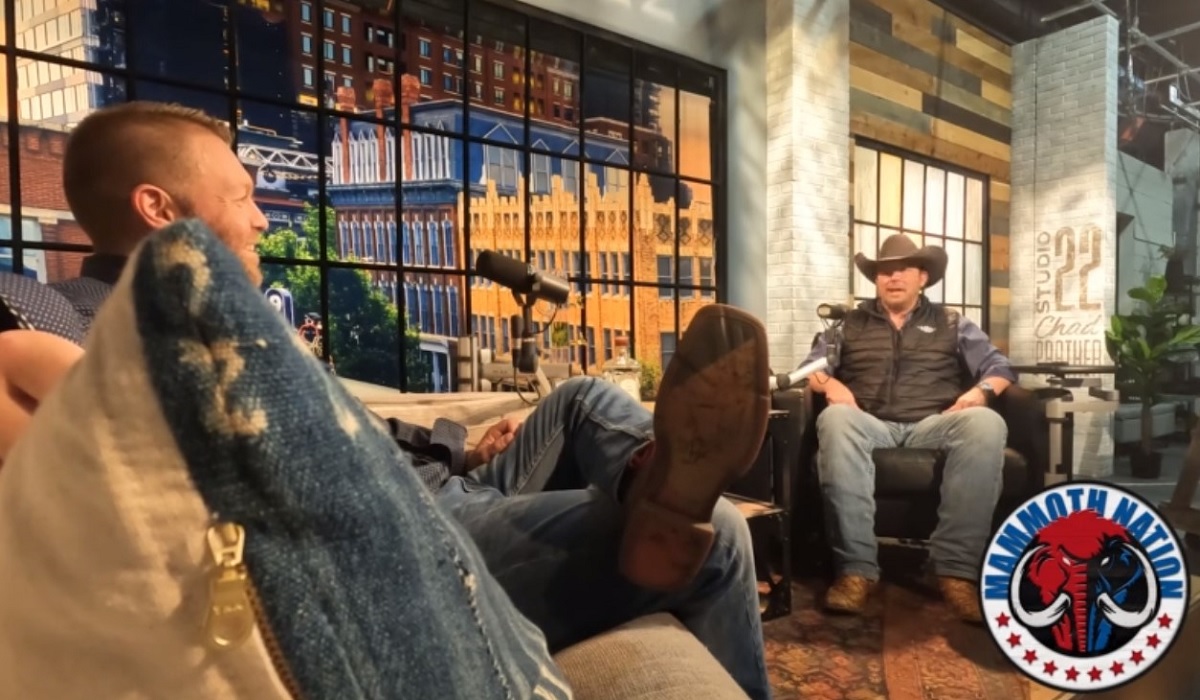 He also expressed some concerns over some of the people that have been relocating to Texas from other states. Some new residents may bring that progressive liberalism with them, which puts the future of Texas in danger.

"Texas is built on a solid foundation. But we've gotten away from that. I remind people everywhere, we gotta make sure Texas is great because if Texas falls, America falls," Chad said.

Kyle went on to ask, "Let's talk about woke corporate America. We look back at Post 9-11 and Patriotism and comparing it with post 2020, it's like two different Americas. What are your thoughts on this woke movement?"

"It's a toxic thing that's happening to our culture and it's affecting our politics. As the late Andrew Breitbart said, 'politics runs downstream of culture' and it's true," Chad said.

He continued, "With the big tyranny of social media, the big tyranny of mainstream media, big government, judicial tyranny, educational tyranny and all these different things...now we've seen corporate and medical tyranny happen through the pandemic. Everybody is judging themselves in how woke they are and... how progressive are we? We're letting the 1% of the subcategory control the narrative and the agenda."

Chad added that too many politicians are pushing agendas that are simply not good for the entire country, like climate control, social justice scores, and the like.

Kyle asked, "We hear more and more talk about 'tribalism' because we're finding our people, that's happening on both sides. But it's 'bad' if you're a conservative. Where are we going with this tribalism? Is it bad?"

Chad responded, "It was true once upon a time in America, that if you cut somebody, they will bleed their own version of red, white and blue- their own version of patriotism." He continued, "I used to say, if you fly on an airplane, you don't want to fly out on the wings, you don't want to fly on the right wing or the left wing, you want to be in the middle. That's where the survivability is, right? The problem is we're living out on the tips of the wings, at least we're being accused of it these days. And we've got a bird that doesn't have a brain running this country."

Chad believes we need to get back to common sense where you won't get canceled because of a joke. Too many people easily get offended over nothing. Too many people, and even institutions are caving in to the 'woke' agenda.

"When you have churches here in Texas that are having family friendly drag shows, that ain't a church," Chad said. "You would think that would be common sense to call that out."

Kyle asked, "You launched a brand and some products, why?"

Chad said, "I started selling T-shirts when I was in college. For me, it's always been fun that you could basically put a billboard on a T-shirt and say something funny; I've always been a joke teller." He continued, "For instance, that night Nancy Pelosi tore up the State of the Union speech that Donald Trump gave, I went right to my computer and made a shirt that said 'don't be a Nancy'; the thing sold like crazy."

Chad then explained how he and his team also contribute to charitable causes. When Texas experienced the deep freeze several years ago that shut power throughout the state, they raised tens of thousands of dollars for just one charity alone. He then went on to list several of the other businesses he manages.

"We started Unapologetic Ventures, 76 Forever.com, my girlfriend and I just started the Real Women's Club." He continued, "We've got a shirt out there that says 'real women are not men'- simple things like that."

Kyle asked, "Comedy used to be sacred. We used to make fun of each other, now everybody is being canceled. Is that part of the reason you aligned with Mammoth Nation?"

Chad said, "Yeah. I love the concept of a parallel economy. We've got to have a parallel economy. The beauty of Mammoth Nation is that I found them, they didn't find me. And when somebody that I feel like is 'doing it', I try to align myself with them and say 'how can I be a part, how can I help?"

He continued, "I said 'what you guys [Mammoth Nation] are doing is exactly what's needed'. What Mammoth Nation is doing is offering a legitimate resource and an alternative to the Amazons of the world. People can go in there and get everything [they need]. The beauty of Mammoth Nation is you've got Patriot businesses that are represented."

Kyle asked, "How can people learn more about you?"

"The one-stop for me is www.watchchad.com. That is the most vain URL ever," he jokes. "You can get everything from my tour dates, my books, you can get music and of course merchandise."

"What's it going to take to fix this country," Kyle asked.

Have you read our other blog?

New Year's Day is right around the corner. And what usually comes with it? A resolution to get healthier. Find out how by clicking HERE.