Get Out and Vote

Get out and vote!

Election day is right around the corner and our country desperately needs a changing of the guard. The liberal agenda has divided the country and continues to divide it as each day passes.

From Biden’s divisive speeches to Hillary Clinton’s most recent speech already claiming the Republican party and its ‘extremist’ followers stole the 2024 presidential election- there is a lot to worry about.

The Democratic ultra-progressive policies are tearing this country apart from within. From their vaccine mandates, criminal friendly reforms, economy shutdowns and restricting the freedoms of American’s everywhere- they are repeatedly proving that their agenda isn’t working.

And most American’s, Democrats and Republicans alike, are seeing their policies fail as crime continues to rise, inflation is at an all-time high (and still rising), and American's liberties are shrinking more and more every day.

Many from within the Democratic party have been changing their tunes (aka flip-flopping) and backpedaling from many of the policy change demands they’ve built their platforms on.  Politicians like Sen. Raphael Warnock (GA) have foolishly pushed the ‘defund the police’ movement only to now tell Georgia voters that he ‘backs the blue.’

Democrats will say anything for a vote. 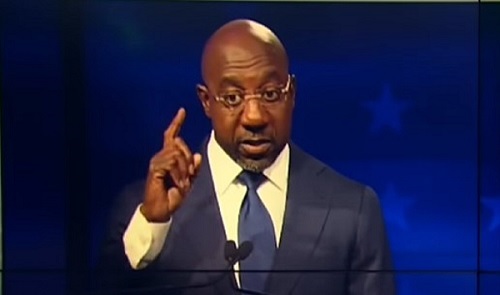 Sen. Warnock wasn’t the only one. In a statement made over the summer by Washington Democrat Gov. Jay Inslee, he said, “This defund the police movement, I don’t agree with it.”

We conservatives had it right all along. We must support police so they can keep dangerous criminals at bay and protect law abiding citizens.

That’s why it’s very important to get out and vote! We must get these Democrats and their irresponsible agendas out of office. America deserves better, and now is the chance to do it- so get your vote in!

Speaking of elections, here's our blog post about a patriotic campaign designed to help ensure election integrity- One More Mission.

By the way, have you heard about our fundraising commitment to help rebuild Florida from Hurricane Ian? If not, check it out here.