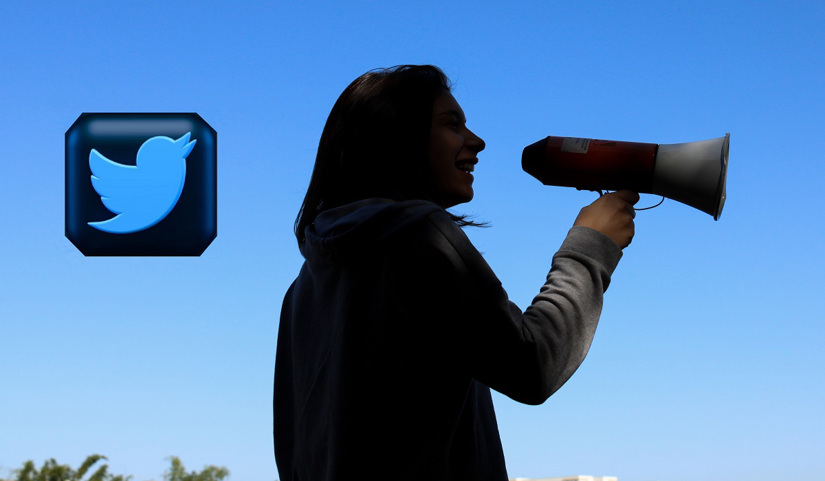 Over the past week, the new head of Twitter, Elon Musk, has been delivering on his promise to identify and release any information regarding the suppression of free speech.

Since last week, Matt Taibbi, an investigative journalist and Substack writer has been publishing the documents and information regarding how the previous Twitter executives managed their massive social media organization.

There has been much speculation in recent years that Twitter, along with other social media organizations, has been biased toward how information is spread and shared, with a very strong lean to the left.

Well this information is now being proven with the amount information Taibbi has been posting on Twitter, in a thread he calls the 'Twitter Files'. It is both disturbing, troubling and confirmed what every conservative American already knew- that Twitter was limiting free speech in order to pursue an agenda. And we are only at the tip of the iceberg. 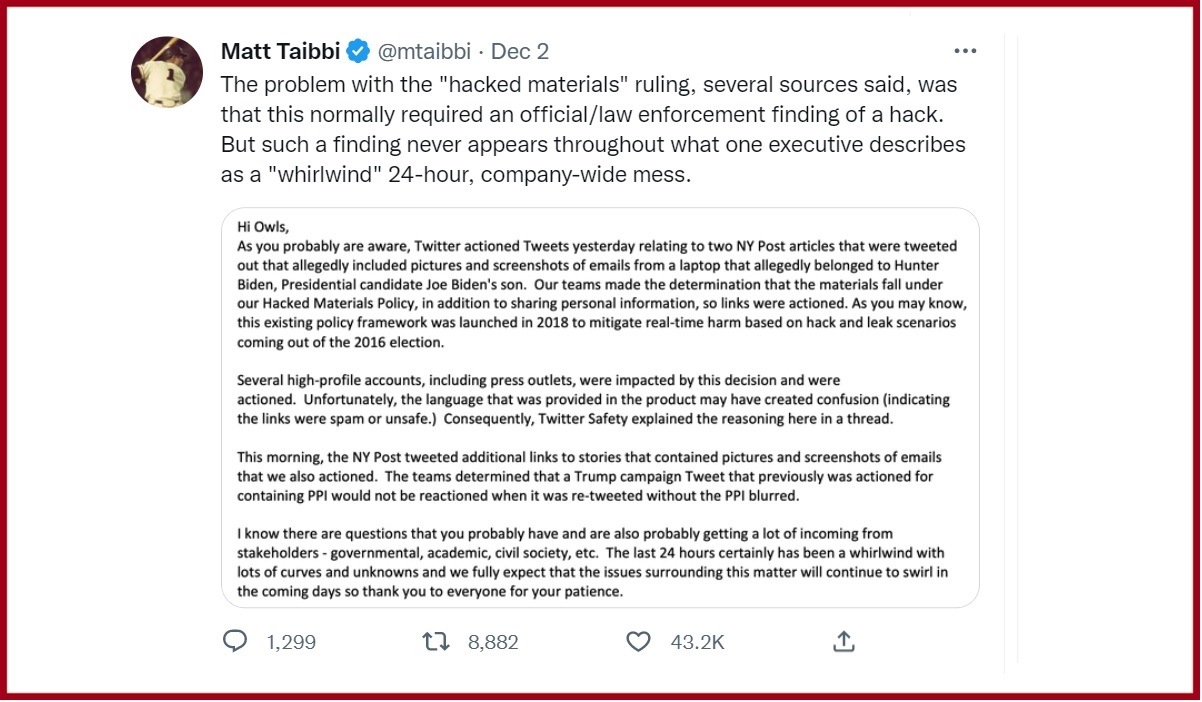 In a recent Twitter post, Taibbi stated, "Some of the first tools for controlling speech were designed to combat the likes of spam and financial fraudsters. Slowly, over time, Twitter staff and executives began to find more and more uses for these tools. Outsiders began petitioning the company to manipulate speech as well: first a little, then more often, then constantly." He continued, "By 2020, requests from connected actors to delete tweets were routine. One executive would write to another: 'More to review from the Biden team,' The reply would come back: 'Handled.'"

In 2020, the NY Post took to Twitter to post a breaking story that included damming information regarding the contents of Hunter Biden's laptop. However, it wasn't long before Twitter stopped the post and wouldn't allow the sharing of the story. Shortly thereafter, the NY Post's Twitter account was frozen altogether- all under the ambiguous 'hacking' policy. The decision to freeze the account and prevent the sharing of their post even came into question by then Twitter employees, but went nowhere. The decision to continue to suppress the story mostly fell unto the Twitter executives- most notably Vijaya Gadde, according to Taibbi.

Elon Musk and Matt Taibbi are essentially proving what many of us Americans already suspected- that social media was manipulating free speech.

Free speech is one of the fundamentals of the American Democratic system and it's being shown to have been controlled by social media elites.

This is one of the reasons why we do what we do. We want our members to know that are doing business with others who value things like free speech- among others.

And we will push for things like free speech by supporting conservative candidates who feel the same as we all do- to protect our constitution.

Have you checked out our other blogs?

December is a time for celebrating and get- togethers. What better than to add a nice glass of wine from We The People Wine. Click HERE to read about them.

Global warming is a myth. Click HERE to find out why.