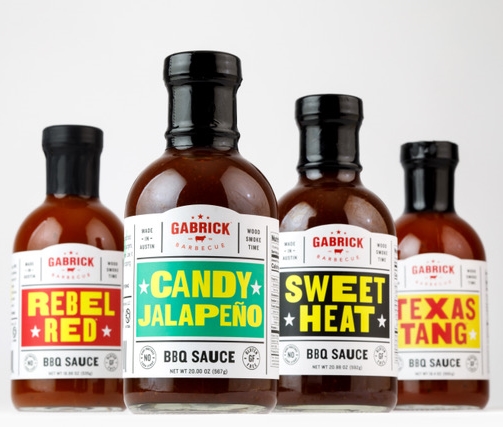 Gabrick BBQ Sauce Co. is an award-winning sauce company based out of Austin, Texas.

Since launching in 2020 to focus solely on sauce, I now sell them at 215 H-E-B grocery stores throughout the State of Texas. Selling sauce was my way of pivoting my business when the world paused in 2020 from the Pandemic. I felt like I was given the gift of time and that pause allowed me to have a very clear vision of what I needed to do, what I had in my hands to work with and the realization that when things shake, we shift, and we push forward.

Fast forward 2 years and we have garnered recognition ranging from Texas Monthly Magazine, to the Kansas City American Royal, to being awarded the State Flag of Texas from Governor Abbott, to winning H-E-B Grocery Chain’s coveted “Quest for Texas Best” against 2,500 competitors. 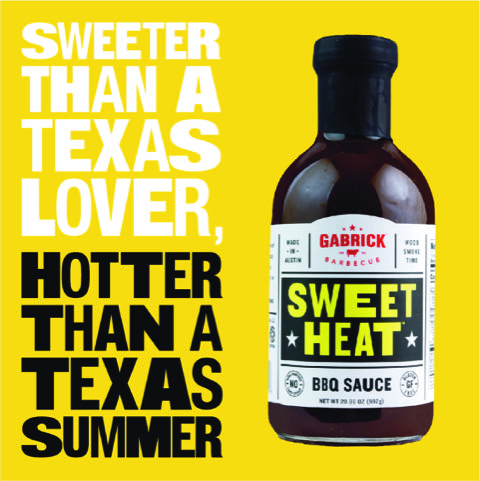 Our restaurants, barbecue food, and sauces have been featured in Edible, Texas Monthly, Austin American-Statesman, Sarasota Magazine, Tampa Bay Business Journal, and The Kansas City Star. Mark is referred to as “The Sauce King of Texas” by The Texas BBQ Posse, a popular blog ran by former Dallas Morning News journalists. Most recently, Texas Monthly’s BBQ Editor has said that “Texas Tang is the sauce that he continually reaches for when eating a BBQ sandwich”.

We invite you to try all four unique flavors. We like to say that we have at least one sauce for everyone in the family - Sweet, Spicy, Savory and Tangy.

Texas Residents: Sauces are sold exclusively at your local H-E-B.