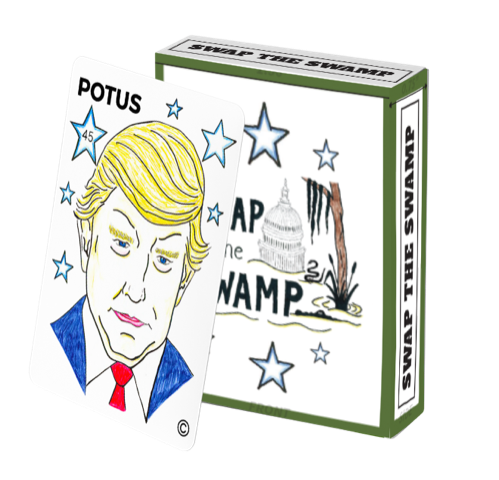 Swap the Swamp card game was invented and created by a 79-year-old retired RN and Trump supporter. A former Democrat and business owner, Ann loved the nicknames Trump gave to the Washington, DC politicians and journalists. Every time Ann heard President Trump use a nickname in one of his speeches it cracked her up.

One day when playing poker with her siblings and talking about the nicknames Ann said, “Wouldn’t it be fun to make a card game like Old Maid using Trump’s nicknames as characters?” Her siblings agreed and thought she had a great idea. Ann, an artist at heart started drawing the characters and named the game Swap the Swamp. 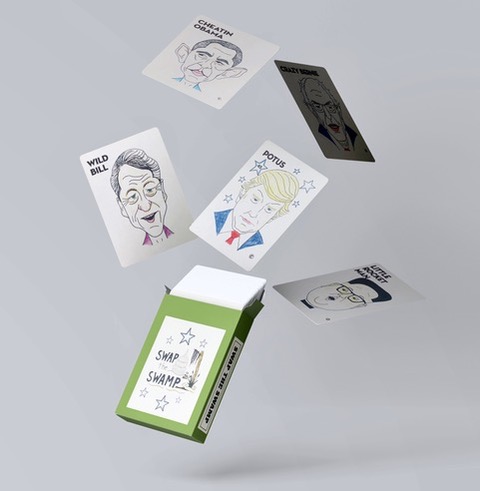 She became a supporter of President Trump because in her words, “He’s not a politician and he didn’t have to give up his comfortable lifestyle but he did it for us by putting America first.”

For Ann, Trump’s ability to work for, and communicate to ordinary Americans is what truly sets him apart. “Trump says what we’re thinking. He keeps fighting and I can relate to that.” Ann is also a cancer survivor.